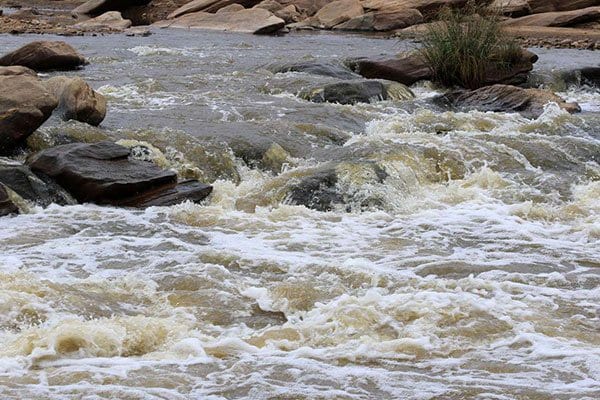 Residents in Kiunyu village in Gatanga are in shock after spotting two bodies of unidentified men floating on river Thika.

According to a resident who spoke to Citizen Digital, residents who were minding their daily chaos saw the two bodies and alerted the police.

Unfortunately, the police did not arrive at the scene of the incidence for over two hours time.

Citizen Digital was told that the two bodies were found at the same place another body was found last month.

“We have been here for over two hours and no police officers have come to collect the bodies, we have no idea who these people are,” Mercy from Kihumbuini village told Citizen Digital.

Concerned residents have now called on police officers to speed investigations so that the identities of the two men are revealed and how and why the two were murdered and dumped into the river.

“About a month ago, another body was recovered from this location; we demand to know who these people are and who murdered them; it is now out of control,” Kang’ethe, another residents told Citizen Digital.

The manner at which the two were killed seem inhumane as one of the bodies lacked eyes and the hands were severed at the wrists.

5 Toxic Habits That Are Silently Polluting Your Home

Kenyan Celebrities Who Died Before Reaching The Age of 40

"Shame on You, Don't You Have a Mother," Furious MP Osoro Slams Interior CS Fred Matiang'i