By Spencer (self media writer) | 1 year ago 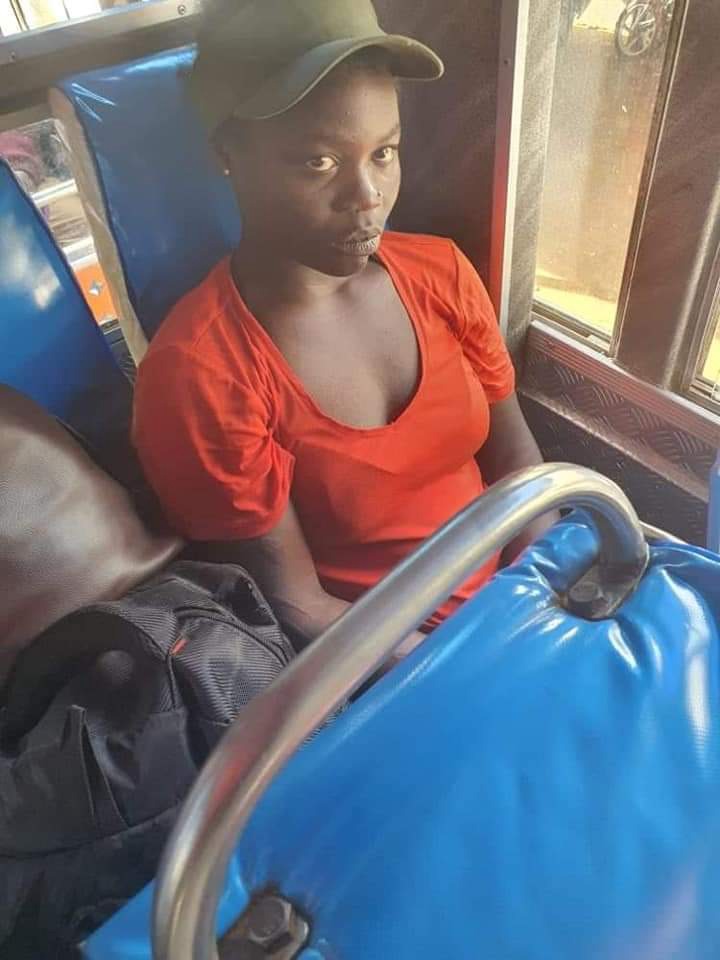 Detectives from the Directorate of Criminal Investigations (DCI) have arrested a woman caught on camera brutalizing minors. The woman identified as Gladys Naliaka Nalianya was arrested on Saturday, March 13, 2021 evening by DCI detectives while trying to flee the country. 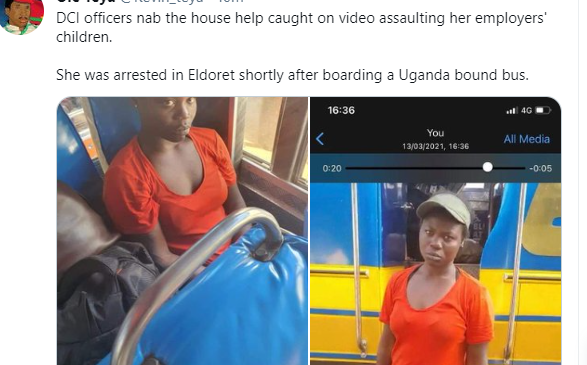 The arrest follows a public outcry by netizens demanding for her arrest after she was filmed brutalizing the two minors belonging to her employee. According to her employers, her actions may have been propelled by their decision to fire her.

“Following the overwhelming public outcry over photos and video clips that went viral, depicting a young woman brutalizing minors belonging to her former employer, detectives have this afternoon arrested the perpetrator,” DCI statement.

Naliaka was arrested at Eldoret shortly after she boarded a Ugandan bus. Detectives have every reason to belive she was fleeing the country after learning she was being sought by the police.

She is expected to be arraigned in court next week on Monday and answer for her crimes.

Content created and supplied by: Spencer (via Opera News )