The mother of a child who was allegedly lynched for sneaking into a girl's school has now spoken out about the incident and her son's actions. 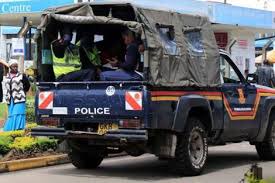 The mother characterized her son as diligent, disciplined, and cheerful in her first statement about the horrific incident.

She refused to believe stories that her son was lynched after she entered the girl's school, despite the fact that she had yet to come to terms with his death. She stated that her son may have died as a result of the trauma.

His mother said she has seen her. son's body, and she is heartbroken. She added that the injuries on his body show no signs of beatings, but the ones on his head reveal he died from trauma.

She went so far as to accuse the school of hiding the true cause of death. She speculated that her son may have suffered the injuries after jumping from the fourth floor.

According to the police report, the form four students forced their way into the girls' school before the terrified girls raised the alarm.

The incident was reported to the Kibichoi Police Station in Githunguri Sub County by a security guard.