By KrimeExpert (self media writer) | 26 days ago

Police officers from Ofafa Jericho are currently trying to put off a deadly fire that allegedly broke out under unclear circumstances. 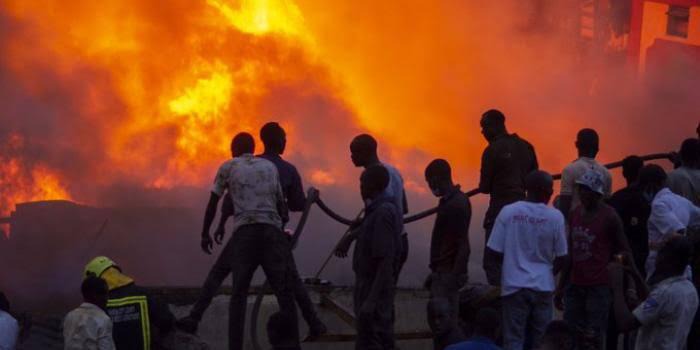 According to the reports given by a reliable source of information, it has been revealed that a number of students have been rushed to the hospital after sustaining different degrees of injuries that came from the incident.

Reports have revealed that an unknown number of properties have gone up in flames most of which includes students beddings among other things. However, the number of students who have been injured in the process is yet to be disclosed as more information is yet to be received.

At the same time, it has been revealed that Sigalame secondary school is also on fire as firefighters are yet to put off the fire that is currently burning several school properties. According to the reports given by Citizen television, they claimed that despite the fact that they don't know if there are any casualties, Rescue mission is underway.

This incident has sparked a lot of mixed reactions from a number kenyans who expressed their fear and concerns wanting to know what might have happened or started the fire in these schools.

With a section of kenyans congratulating the firefighters for responding to the incident, a number of kenyans have urged the director of criminal investigations to launch an investigation in order to find out what is happening due to the increased rate of school fires.

For most Kenyans, they claimed that the director of criminal investigations should send a number of fire experts in order to find out whether or not the two fire incidents are as a result of an accident or on purpose. This According to most Kenyans will help in reducing the rate of school fires in the country. 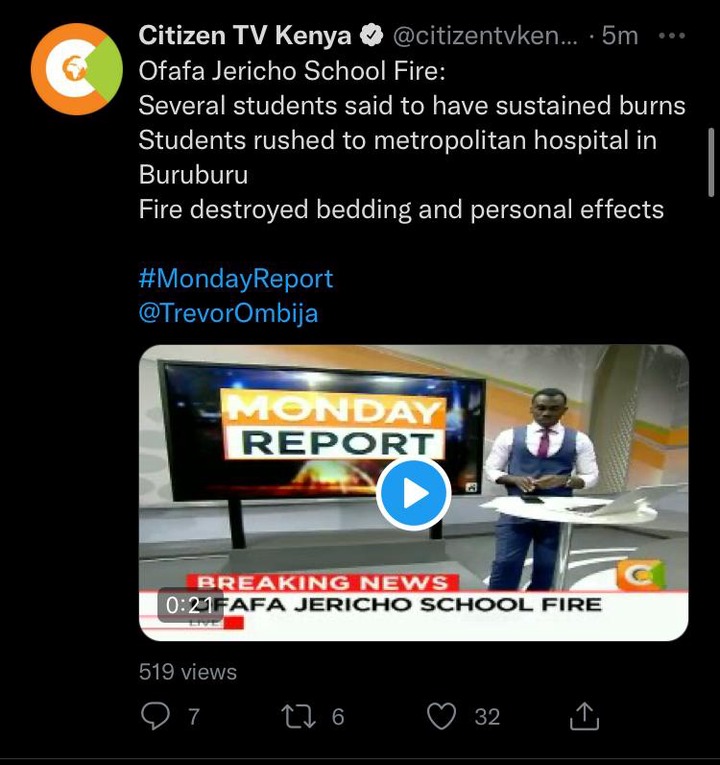