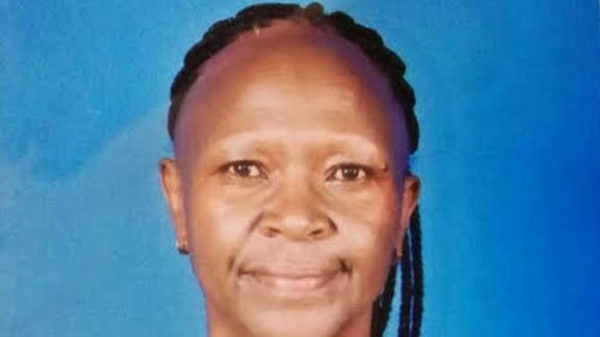 The body of Ms. Jeniffer Wambua who was serving under the capacity of Communication assistant director for the National Land Commission (NLC) has been found lifeless.

Jeniffer's corpse was found at the City mortuary, three days after she went missing on March 12. According to police sources, the woman's corpse was collected along Ngong, a day after she disappeared.

The woman's husband Mr. Joseph Komu stated how he had searched for her wife in various hospitals since she went missing.

On the material day, Mr. Komu dropped his wife at her office located on the fourth floor of Ardhi House. Little did he know that would be the last time to see her alive.

A few hours later, he was shocked to find his wife's personal items inside their car parked near the deceased's office.

He then decided to take the handbag to his wife at the office only to be told that she had not been seen. The CCTV footage that has already been obtained by detectives shows Ms. Wambua reporting in office, before leaving one hour later.

However, the mystery is how she managed to put the handbag inside their car before vanishing from the public radar. Whether the late was abducted or she willingly disappeared is what officers will be seeking to establish.

Her husbands speculate that either she got kidnapped after placing her handbag inside the car, or she decided to disappear on her own.

Komu added that on the day Ms. Wambua disappeared, she had dropped her at Ardhi House before proceeding to his office at the Kilimo House. Each of them had a car for their car.

After she failed to show up, Komu visited her NLC office before reporting to the Capitol Police station about Ms. Wambua's disappearance.