By SENIORBIGMAN (self media writer) | 1 month ago

Residents of Mumias in Kakamega county were left in shock after a 60-year-old man was caught sneaking eggs in the coffin of the deceased. Benson Mumia had just put one egg on the dead's woman left side and another on her head. While doing that, Jane Aseka, an eyewitness raised an alarm to the mourners who caught the sixty year old man, beat him up demanding an explanation for the act. 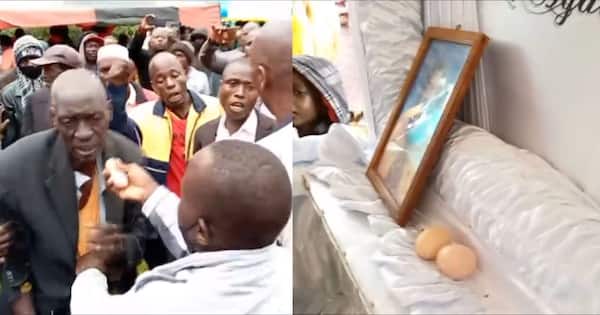 The mourners who were left shock by the abnormal act. Many of the mourners believed that the old man had something to do with the death of the woman and was putting the eggs in the coffin to avoid the deceased spirits from haunting him. Simon Mlenya of the Faith Believers Church,who was the bishop conducting the funeral service, had another task of intervening and stopping the irate mourners from further injuring the old man. This is not a new incident happening in western region during a funeral service.

Content created and supplied by: SENIORBIGMAN (via Opera News )

Kiambu: Gathiruini Boys Closed after Death of Its Student in Neighbouring Girls' Hostel.

"Are You Serious?" Ledama Hits Hard At Raila, Regrets After What He Is Told