Finally, the prime suspect in the murder of Samuel Muvota in Mirema has surrendered to the Directorate of Criminal Investigations, DCI. 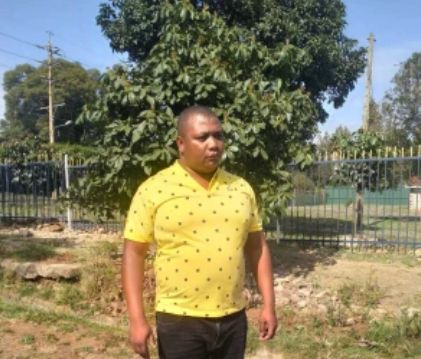 According to reports, the suspect's names are Dennis Karani Gachoki.

Reports also states; Gachoki has denied killing Samuel Muvota, saying he had only met him twice, in Nairobi and Meru.

Apart from Samuel's murder case, Gachoki has also confirmed that he has a fraud-related case in court in which he is accused of receiving money believed to have been acquired through fraud.

Note; Detectives on Friday said Gachoki used a firearm that was stolen from an officer at a popular joint in Mombasa to ruthlessly execute Muvota along Mirema.

According to DCI, Hours after Samuel's death detectives were able to use Gachoki's phone to triangulate him to a position in a Burnt Forest in Uasin Gishu.

Unfortunately, at the time the trail went cold because the suspect successfully fled to a neighbouring country.

Otherwise; Gachoki has apparently been on the DCI’s radar for quite some time owing to his alleged involvement in the ‘Pishori’ syndicate but efforts to reel him in have proven unsuccessful.

In conclusion; According to DCI investigations, Gachoki and Muvota fell out prior to the former’s death over the sharing of proceeds from the ‘Pishori’ trade and some of the women recruited to drug unsuspecting targets in the syndicate.

Therefore, DCI suspect that two had beef leading to the murder of Samuel Mugoh Muvota, who has left behind seven grieving widows and countless children. 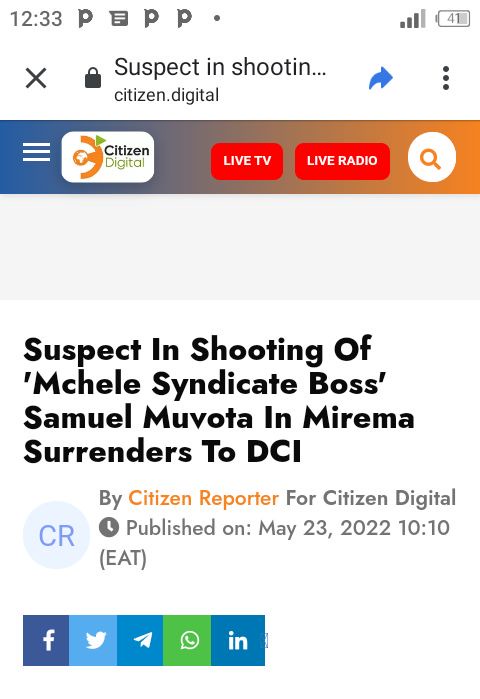