For the past one month, a gang operating on motorbikes has been terrorising residents at Kaberbok-Jillut area, Turkana County. 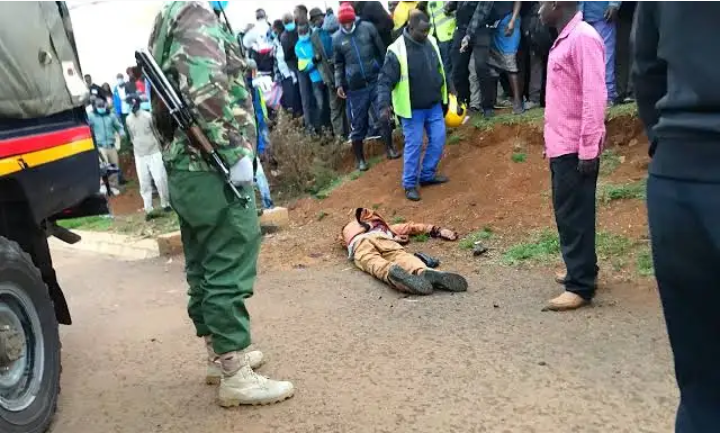 Police have shot dead an armed gunman who is said to have staged a daring attack against the police on patrol.

According to a report by the National Police Service, the incident happened after two gunmen riding on a motorbike defied police order to stop following a failed robbery. This led to a fierce shootout and as a result, one of the gunmen was killed while his accomplice managed to escape on foot and abandoned their motorbike.

Among the items recovered include the deceased's rifle, an AK-47 rifle loaded with 8 rounds of ammunition.

The body of the suspected robber was moved to local morgue for preservation.

Police have said that they launched a massive manhunt for the assailant who is believed to be behind a series of attacks targeting residential houses.

Police said more security officers have been deployed to beef up security and patrols in the area.