By KimaniOsoro (self media writer) | 5 months ago

The Independent Police Oversight Authority has this afternoon recommended stern action against the Officers involved in the killing of the Kianjokama brothers. The two brothers are alleged to have died as a result of jumping from the police vehicle. 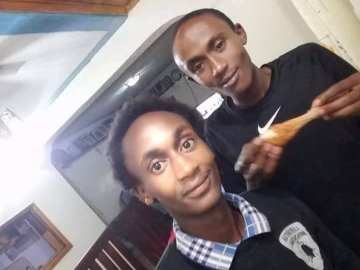 The two brothers died from injuries accrued from the fall from the vehicle, according to a police report that was widely disputed. The two brothers were buried at their home in Kianjokama on Friday of last week in a ceremony that drew leaders from the political divide. 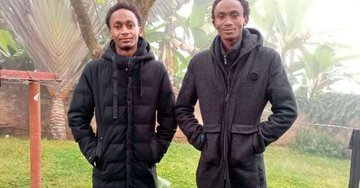 IPOA launched investigations into the matter and the conclusion has been reached this afternoon. The six officers are to be charged with murder charges and they are to be relieved of their duties effective immediately. 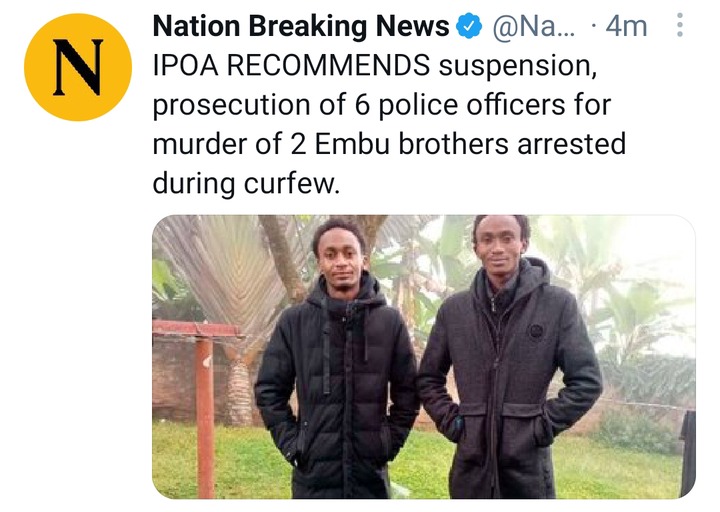