Cases of people falling and others jumping from stories buildings have been an ongoing thing it' s devastating that people decide that taking their lives is an option. 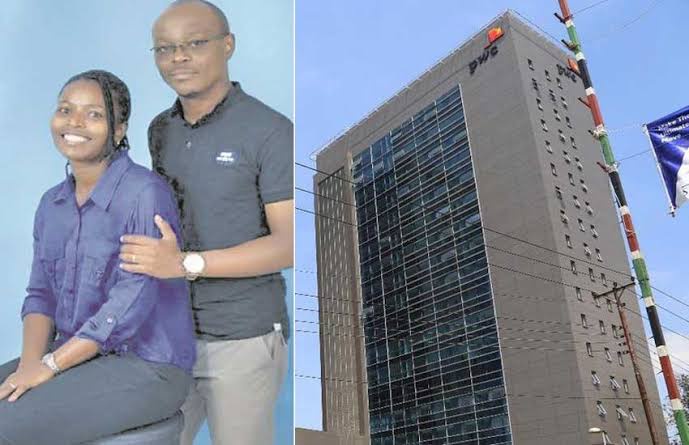 Was Millicent pushed, or she jumped?

Reports of a lady who fell from the balcony of a 4th floor story building located in ngong ad died emerged online bring Kenyans to a sad mood. 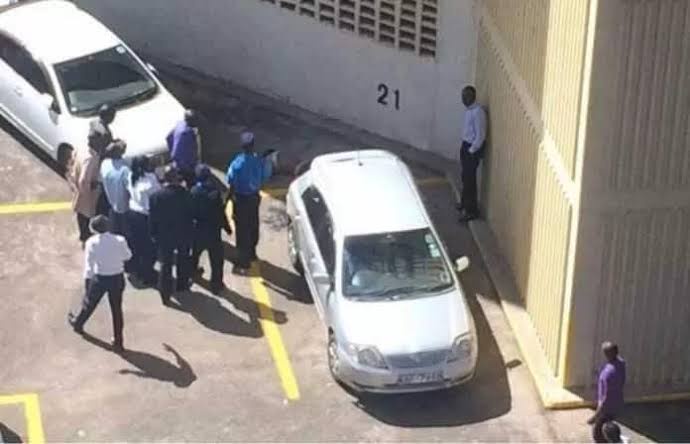 According to reports given 25 year old woman by the name of Millicent Gathoni was Said to have been working in one of the tenants in that apartment. She was sad to have worked for 6 weeks.

Reports from an eye witness

According to an eye witness it was revealed that the body of Millicent was found lying on the first floor and blood spattered all over. He alerted the public who then informed the authorities forensic detectives toured the place and secured it before they carried their investigations. 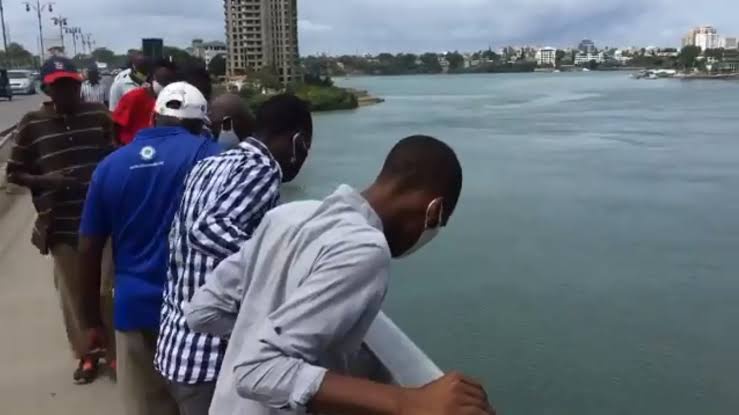 According to the report given by the deceased' s aunt who identified herself as Beth Njeri the late Millicent was a hard- working and disciplined lady she said that she was committed to her work she had worked as a domestic worker for several people in Nairobi before she came to Ngong where she secured the job. 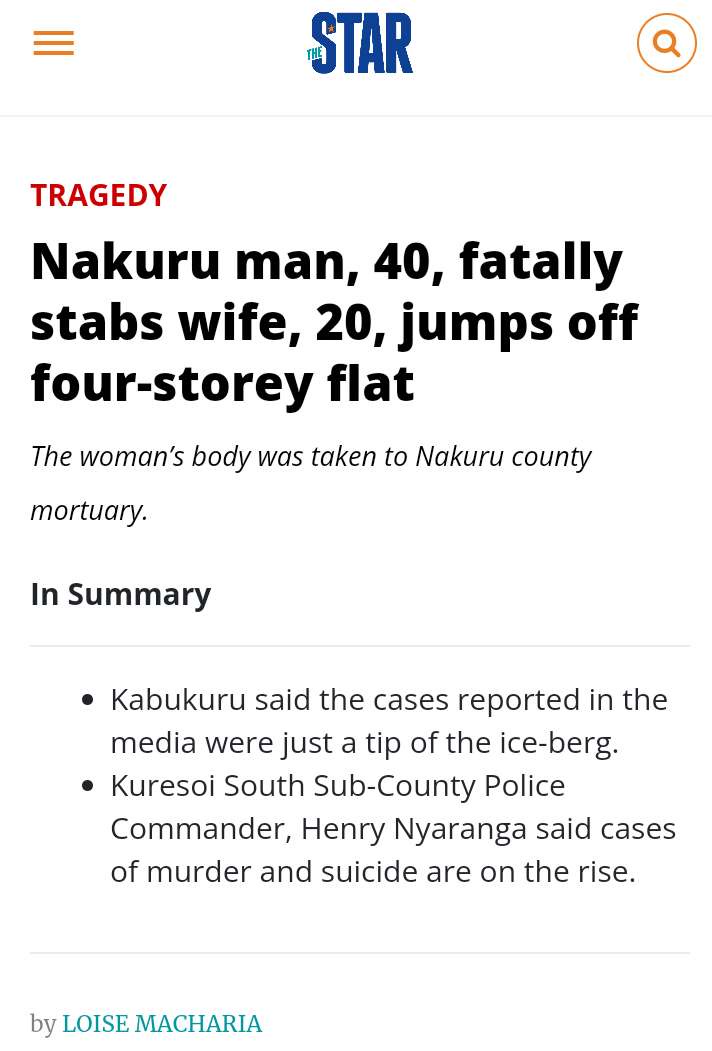 Out of her experience she believed the late Gathoni never quarreled with her employers in any way. There she ruled out anything to do with suicide for Millicent was focused on educating her child through her drives. The aunt called upon police officers to carry out more Investigations over the cause of her sudden death.

The case that happened in Mombasa where lovers jumped together 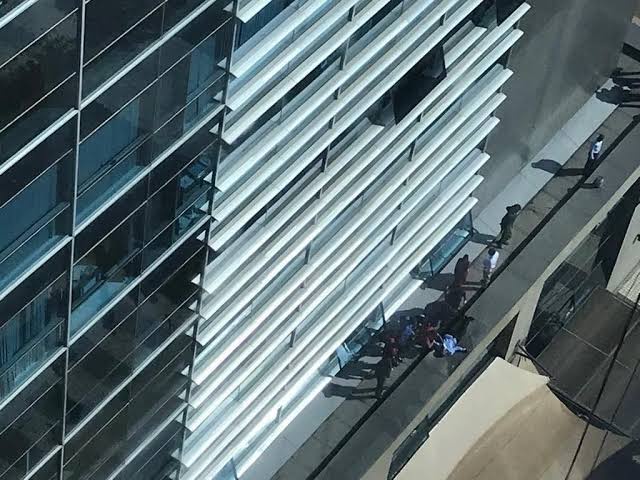 After a night of fun they came home in the wee hours of the morning, and they were heard quarreling for a while then the man went outside and jumped from the balcony. It was said that when he jumped the woman was heard telling him " mi nakufuata " and that' s when she jumped following her boyfriend down the two were found dead next to each other.

Just recently a man jumped from the fourth floor after he allegedly stabbed his lover to death these case was not eh first one to be reported and nor the last one. According to reports given by residents of that area they said that the two had a huge fight and the man out of anger stabbed his lover and after seeing what he had done he decided to take his own life. 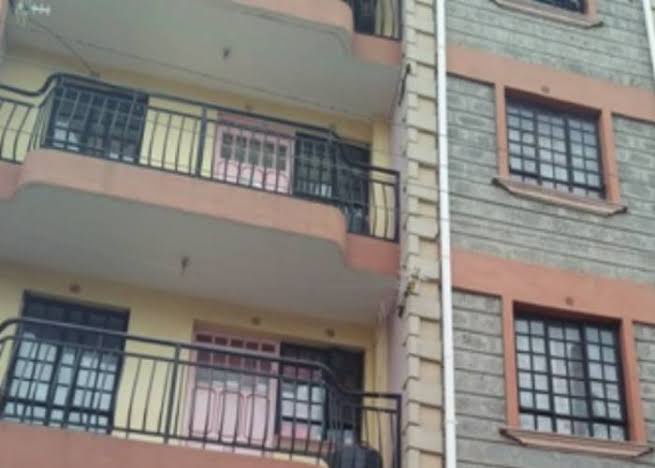 And that when he jumped from the fourth floor of the apartment they were living in, these cases are being reported every day there was also a case of a man who on October a man was seen in a viral video jumping from a five- story building, and he died on the spot after landing Thai left so many people devastated especially the once that were nearby. Other case was when a man jumped from Nyali bridge into the Indian Ocean and died many people who find themselves Committing suicide are said to be mostly men.

People are always asked to talk to people they know that they can help when they are going through something else. 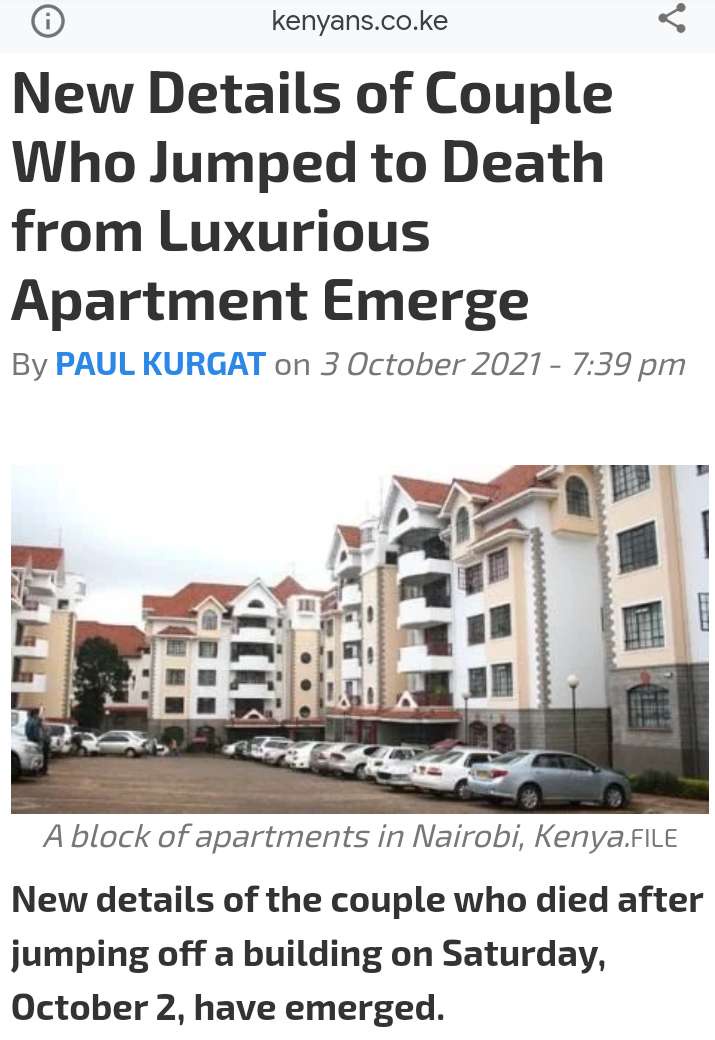 They are advised to go see doctors or pastors even the government have opened places or counseling where people can go and ask for help and no one will judge you or give you bad advice for the number of love related deaths and murders are on the rise.

According to reports given on the number of people who commit suicide it is seen that the number of men is higher than women and it is said it' s because men tend to hide so much, and they don' t believe in sharing what they are going through with anyone. 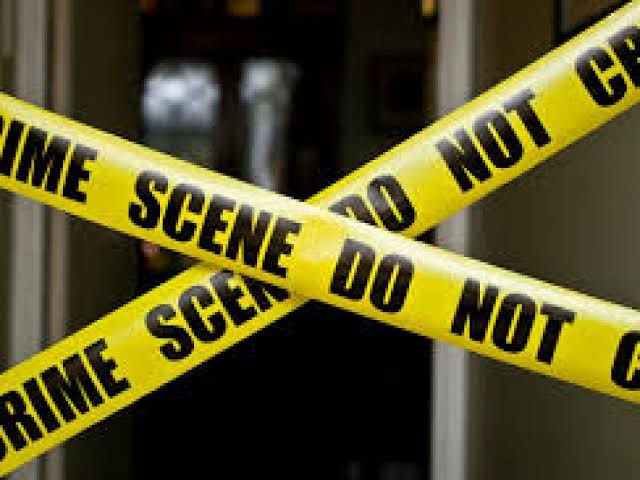 You find a man Committing suicide for some reasons he would have seen a doctor or talked to a friend about it and solved it some go through domestic violence but they are embarrassed to share for the friends will laugh at them. And they reach a point they can' t take it anymore and the only option they see on their end is suicide they don' t even see the pain they will cause the ones that loves them. The government have been asked to open up facilities where people can go and seek help when they feel like they can' t go on with life and men are advised that it' s Norma to not be okay and to share with people what is bothering them.