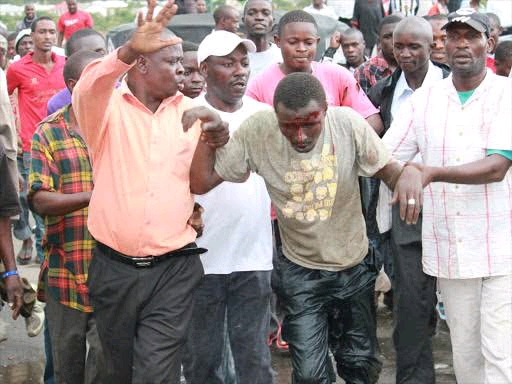 A suspected thug was on Tuesday night nabbed by flying squad detectives in a botched robbery in the jua kali area in Nairobi.

According to a police statement, the robbery suspect was one of the gang that stormed a house in Shauri Moyo estate in failed robbery attempt.

Police added that the trio flee during the robbery attempt.

Ian Otieno, 25, and his co-accused allegedly accessed the house at around 10pm telling the occupants to lie down or they loose their lives.

"Ian's robbery ordeal was blocked by a man who saw the gang assault the family, informed fellow neighbours and dispersed them," Kinoti stated in a Twitter post on Wednesday. 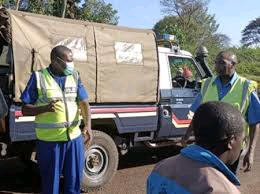 "As he tried to flee to avoid the mob who were baying for his blood, Otieno withdrew and used it to hit the neighbour's head, inflicting grievous bodily harm."

The owner of the house notified the nearby police attached to Shauri Moyo station who raced to the scene and chased the gangster.

The officers successfully caught up with Otieno and nabbed him.