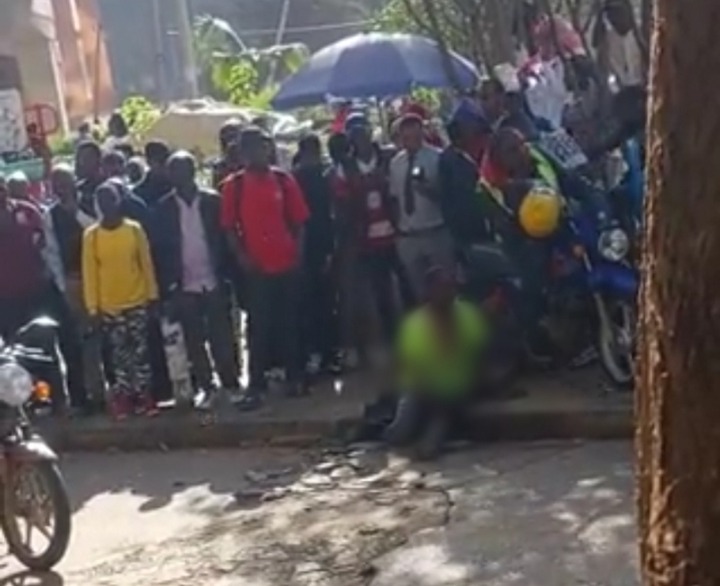 The phone snatcher who was mobbed at Anniversary towers. (Photo Courtesy: Twitter)

Phone snatching and other petty thefts have been a real problem in various towns in the country especially Nairobi city where innocent Kenyans have been victims of these theft.

However, some of the phone snatchers who operate on boda bodas have never made it away as they are lynched and others mobbed by angry Kenyans. 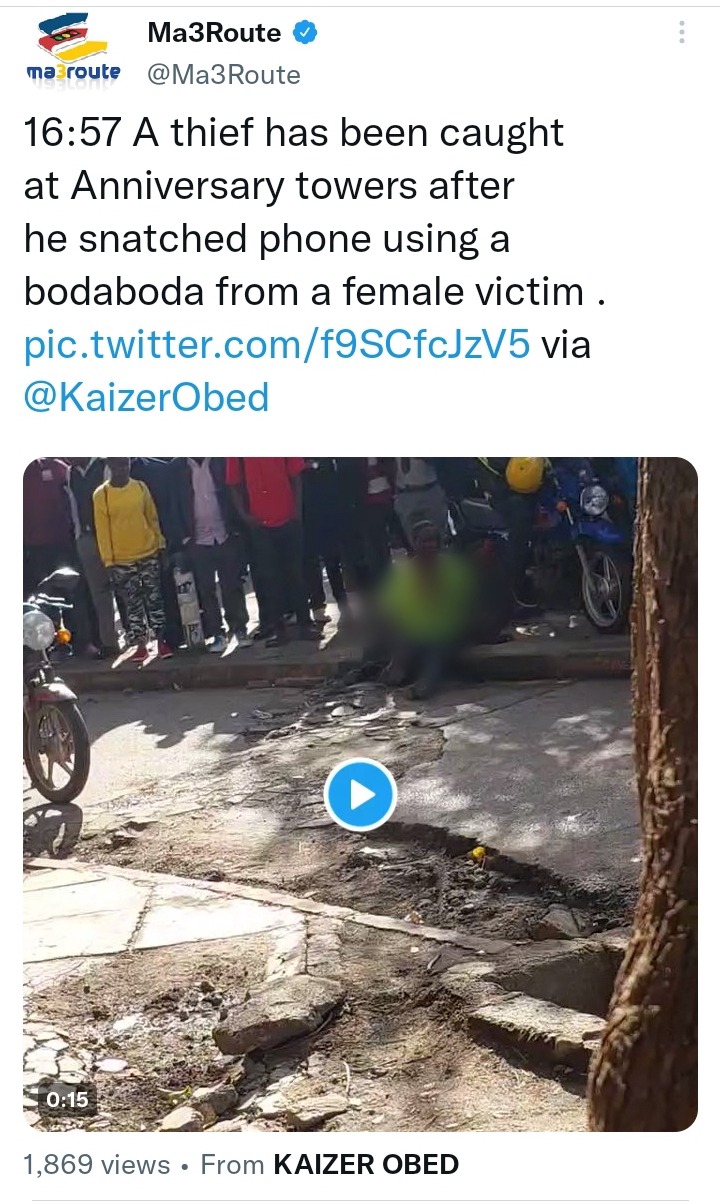 According to reliable Ma3Route news podcast, a phone snatcher on boda boda has not been lucky as he has been beaten to a pulp by an angry mob after he snatched a lady her phone along Anniversary towers.

"A thief has been caught at Anniversary towers after he snatched phone using a bodaboda from a female victim." The reports stated.

Luckily, police arrived at the scene and saved him from being lynched to death by the mob who were baying for his blood.

Watch the whole video of how the phone snatcher was mobbed below:

Is this how they should be dealt with?