Another Target? Killer Cop Caroline Kangogo Allegedly Spotted With Another Man in a Private Car

By NancyLwambi (self meida writer) | 17 days 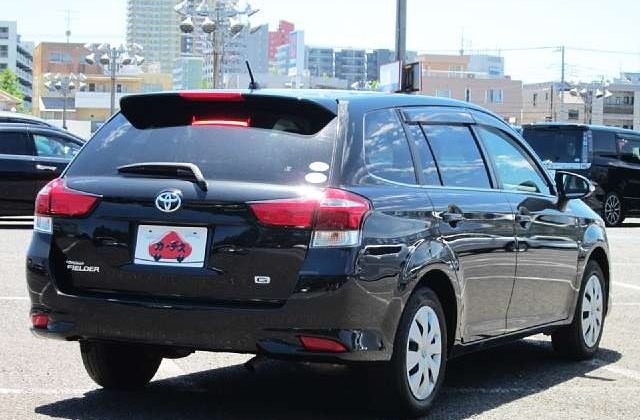 Emerging reports this Sunday evening say the most wanted policewoman linked to the recent deaths of two men has allegedly been spotted with another man.

Corporal Caline has been missing for the past seven days after two men died, including a police officer, and it is believed she might have been involved in their killings. 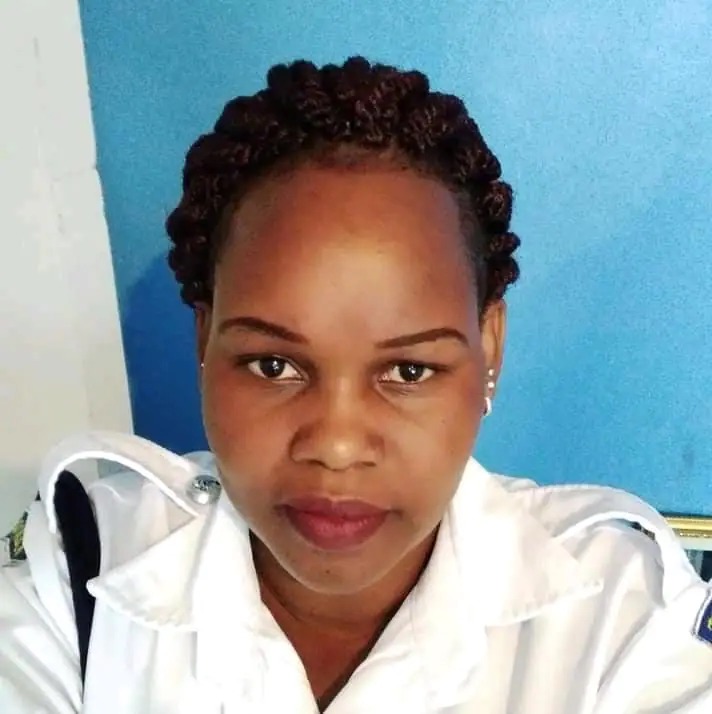 This Sunday evening, netizens reached out to police officers on social media and alleged that they have spotted a woman resembling Caroline

According to viral reports, a woman who looks like Caroline was spotted with another man in Kericho in a Toyota Fielder.

The eyewitness said the woman was avoiding eye contact and was acting suspiciously. They sped off from the place after police officers' sirens were heard 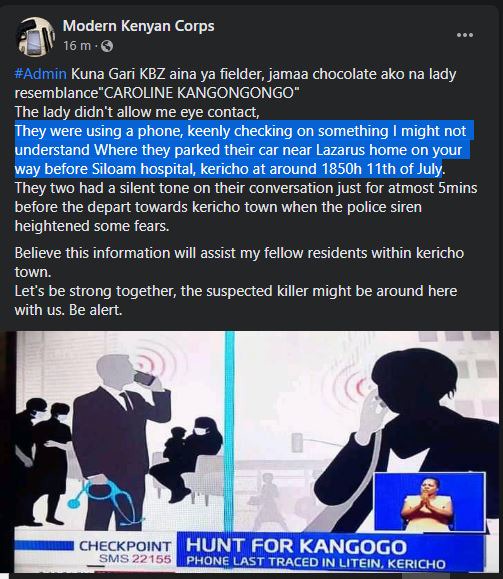 "They were using a phone, keenly checking on something I might not understand why they parked their car near Lazarus home on your way to Kericho before Siloam hospital at around 1850h 11th of July (sic)," the source said.

DCI noted that Caroline is armed and dangerous. She is also known for being a sharpshooter.

"Which Way Mount Kenya Region?" Leaders Camp in Uhuru's Backyard Ahead of The 2022 General Elections