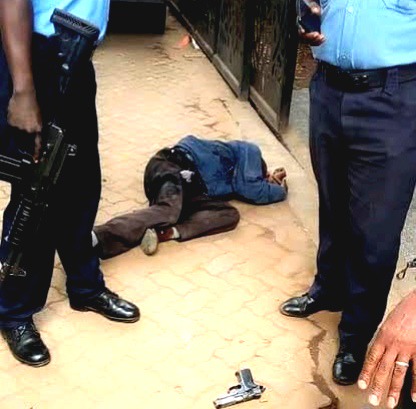 A boda boda rider in Kawangware has lost his life this afternoon, after being attacked by two men who attempted to wrestle his motorbike from him.

However on reaching Muslim area, the pillion passengers turned on Mogaka and stabbed him as they tried to gain control of his motorbike and rob it from him.

However, the deceased who couldn’t let go his only source of livelihood, struggled with his attackers attracting curious motorcyclists who abandoned their trips midway and came to his aid.

In the ensuing melee, one of the thugs leapt from the motorbike and took flight as violence was meted out to his accomplice by the irate ’nduthi’ men.

Police officers from Muthangari police station, rushed to the scene and rescued the robber before the infuriated ‘nduthi’ men promoted him to eternal glory. He is currently admitted at Kenyatta national hospital, where his life hangs in the balance.

Meanwhile, detectives based at Dagoretti are in hot pursuit of the suspect who escaped. 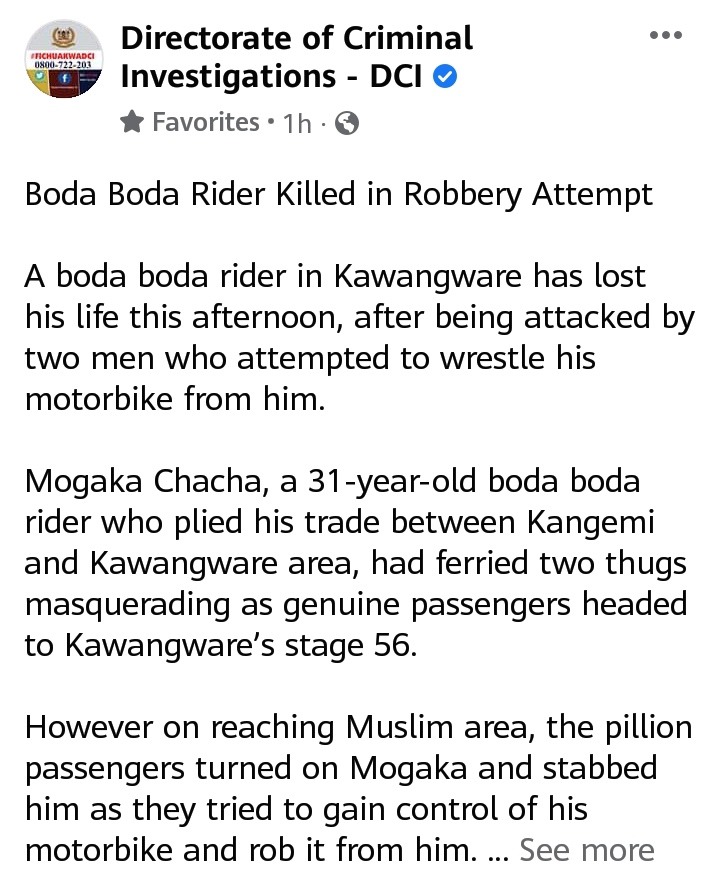 Married Lady,26, Forced Own Paster To Admit They Had An Affair Infront Of Believers.

Kenyan Pastors Who Have Ventured Into Politics