By GENIUSGOSSIPER (self meida writer) | 25 days

The famous Swahili saying that goes, "Mke wa mtu sumu" which literally warns people to stay away from married women found its meaning in Kericho today. 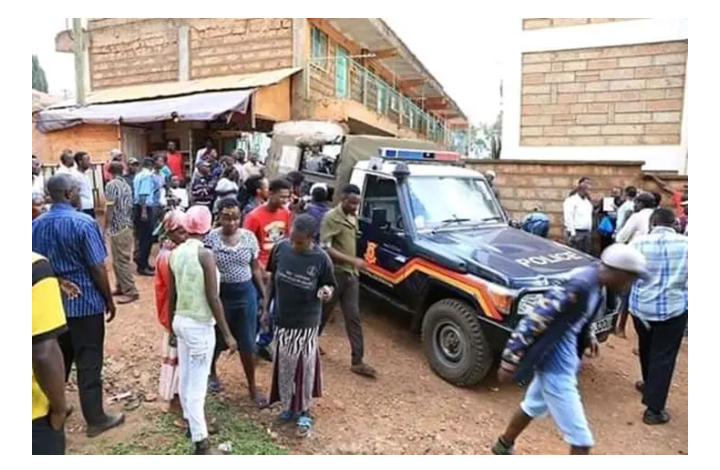 A muddle aged lad is nursing serious injuries in Kericho Referal Hospital after he was bursted while in the act with his neighbour's wife. The incident occurred at around 2:00 pm when the husband of the alleged wife made an impromptu visit from work.

As usual, the two never expected such since the "wife owner" as Swahili people may say usually come back home very late in the evening. The victim whose name was concealed for privacy was caught red-handed by tge husband in his matrimonial house watching obscene videos with his neighbour's wife. 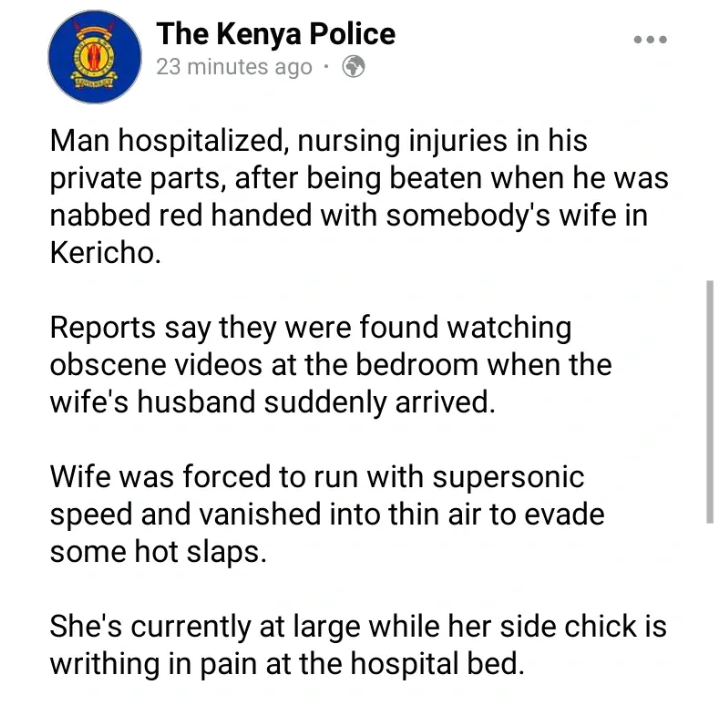 In fury, the owner of the house locked the bedroom door and called the neighbours who responded by coming with all sorts of weapons not to mention pliers which were used to "vandalise" the man's most important assets- manhood.

The dramatic incidents climaxed when the wife of the man vanished into thin air leaving the poor man at the mercy of the angry mob. However, as the angry mob was still whipping the man, one local called police officers who came to the rescue of the man.

The mob scattered upon seeing police officers. The man was rushed to the nearest hospital from where he is receiving treatment under police guard. The irate bob was determined to kill him as cases of people engaging in affairs with married women are escalating in Kericho.

The wife of the man, who was found in the act with the victim is nowhere to be found as her whereabouts are unknown. Police officers promised to look into the matter and grant the man whose wife was chewed justice.