By TheReporterr (self meida writer) | 19 days

A man has taken to his different social media accounts to express his concerns and fear after an incident which reportedly happened yesterday in the evening at a popular club in Ngando. 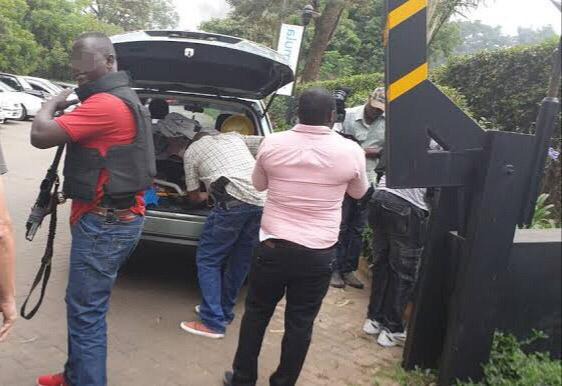 According to the reports given by the witness who has been identified as Antonnie Oduor, he claimed that there was a Deadly misunderstanding which resulted into a deadly gang fight between two groups.

However, he also went ahead and called upon the police to conduct an investigation into the incident because according to him, a couple of gun shots were heard coming from the club.

The incident has since sparked a lot of mixed reactions from Kenyans who seemed to have different opinions and suggestions on the matter and on what should be done in order to reduce the increasing number of Gang fights in the country.

With a section of Kenyans claiming that maybe this was being caused by the increased number of joblessness, others went ahead and called upon the DCIs to look into this before things get out of hand and make sure they retrieve the gun used. 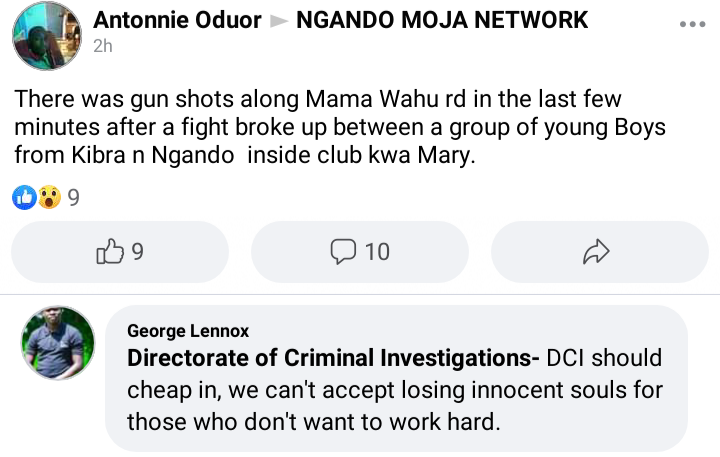