Police officers in Nairobi are investigating an incident where a man was almost killed by an angry Mob for attacking his colleague with a knife. 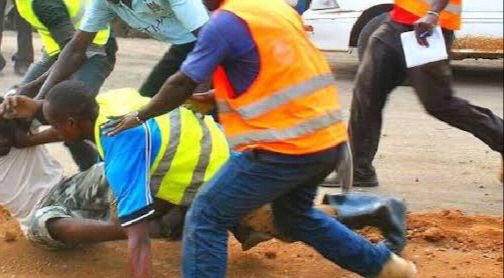 In a news report that has been shared by a reliable source of information, it has been revealed that the Suspect who has been identified as Victor attacked his friend, Omondi after a Misunderstanding.

According to the reports given by the police, it has been revealed that the Suspect ambushed the victim Stabbing him on the hand after which he Allegedly started chasing the Victim.

This was followed by a dramatic scene after a group of residents who saw this attacked and beat the Suspect mercilessly thinking that he was one of the Suspects who have been attacking city residents. 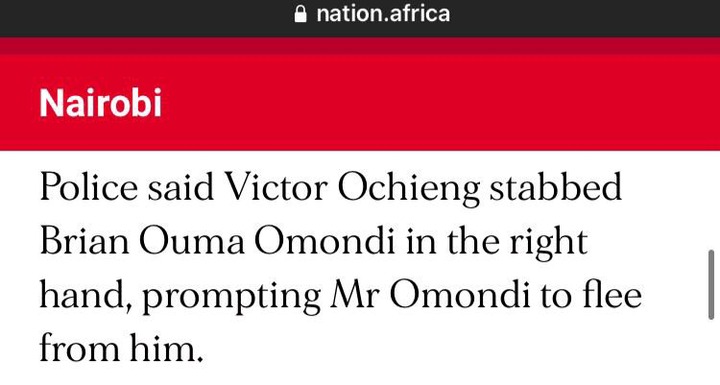 A Police report has revealed that the Suspect was beaten mercilessly after which he was rushed to the hospital where he is being treated.

﻿This is happening at the same time when the new inspector General of police has called upon Kenyans to make sure they stay calm amidst the increasing cases of people who are being Stabbed.﻿ 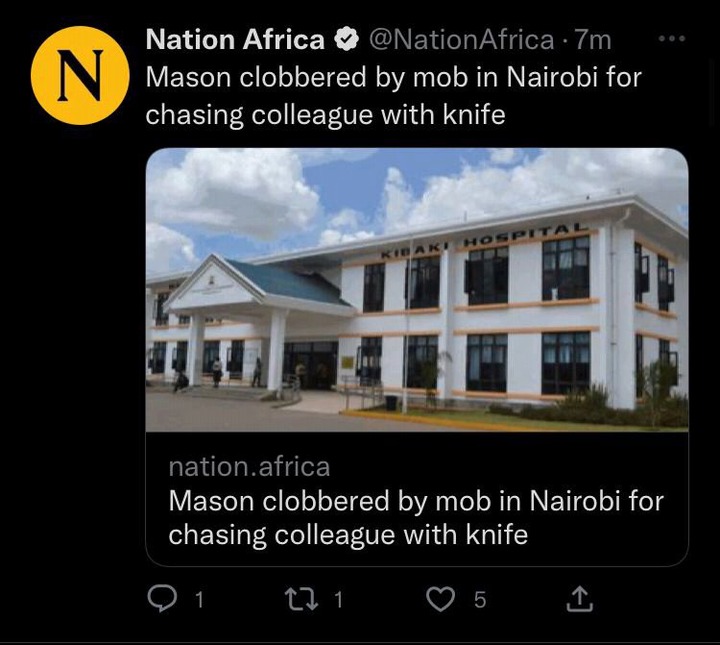