Officers from the Directorate of Criminal Investigation, DCI, who work in Nairobi's Kilimani area, are investigating a case in which a man and his wife and their son allegedly beat and killed their other 15-year-old girl on the pretext of fleeing home. 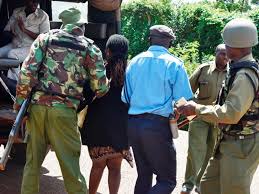 Police officers making an arrest in the past (Photo: Courtesy)

Via Social media, DCI has reported that the girl fled home on Thursday night before returning later.

The girl's body was taken to a Coptic Hospital reserve as preliminary investigations revealed she had injuries indicating that she had been beaten and badly injured, a condition that led to her death.

DCI officials who arrived at the girl's home have found a PPR pipe believed to be used to hand over the girl.

The girl's parents and brother are being held at the Kilimani Police Station while investigations continue.

These are some reactions from Kenyans on Social media.

Wicky Cosanno: They will live with the aftermath of this egregious crime for the rest of their lives especially the brother. They will be ostracized and shunned by the entire community until they wish death upon themselves. Even if they were to get off easy, their lives have changed forever.

Musa Akali: Modern children are not like us, they can't sustain some punishments like beatings...I thought nowadays parents don't beat their children but rather guide and cancel them? Nowadays the tough beating you can give a child is a slap,and not a hot one because the culprit will faint!....RIP daughter.

Ray Rolls: 15 year old ran away and she shows up later on, then beat her like she's has stolen some millions of cash. Some parents fail. Counseling was needed for this young girl she didn't deserve that kind of beating and especially death.

Njoki Mbugua: First, shows that there was instability, she was even running away. Then how can three adults gang up to beat a 15yrl old girl? Watu walipoteza akili ama? Roho ya utu ilienda wapi? This is heartbreaking. I can't imagine hitting my girl to death! 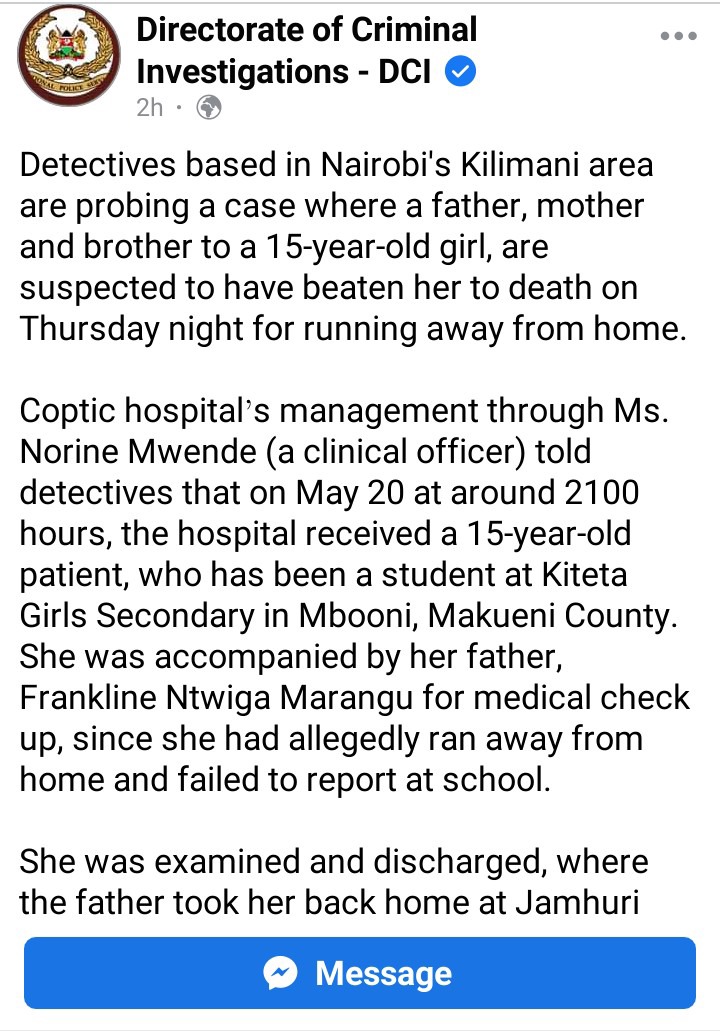 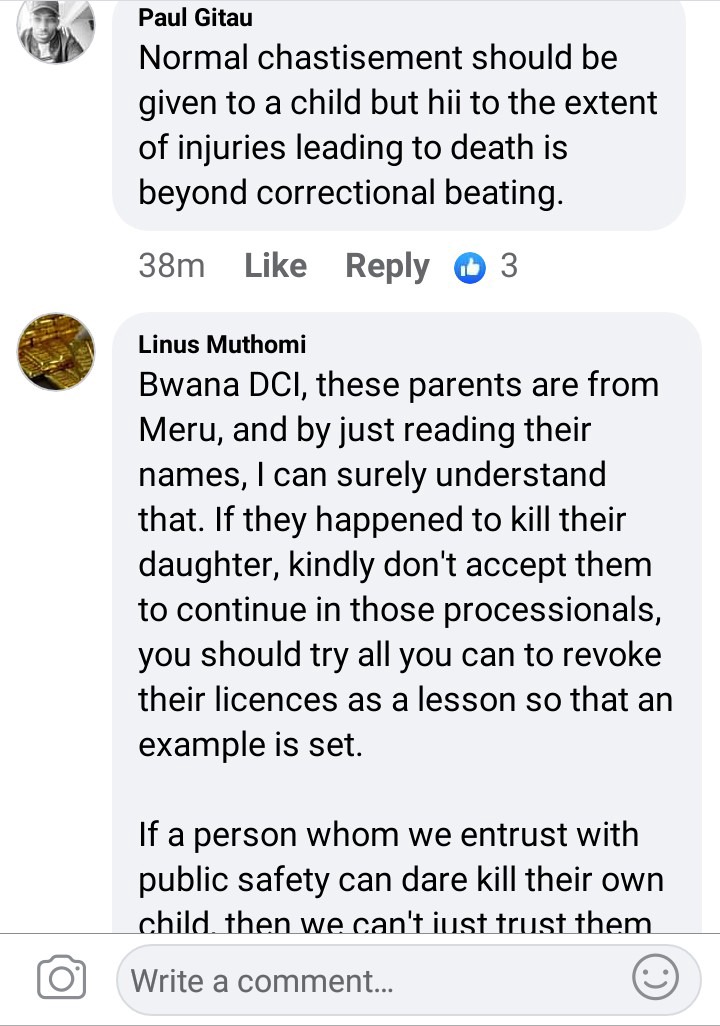 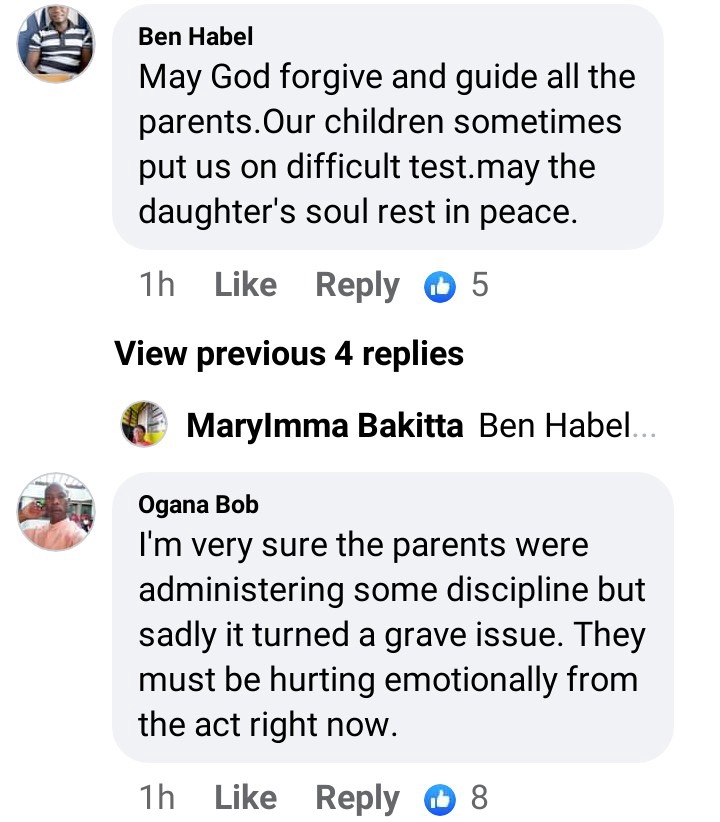 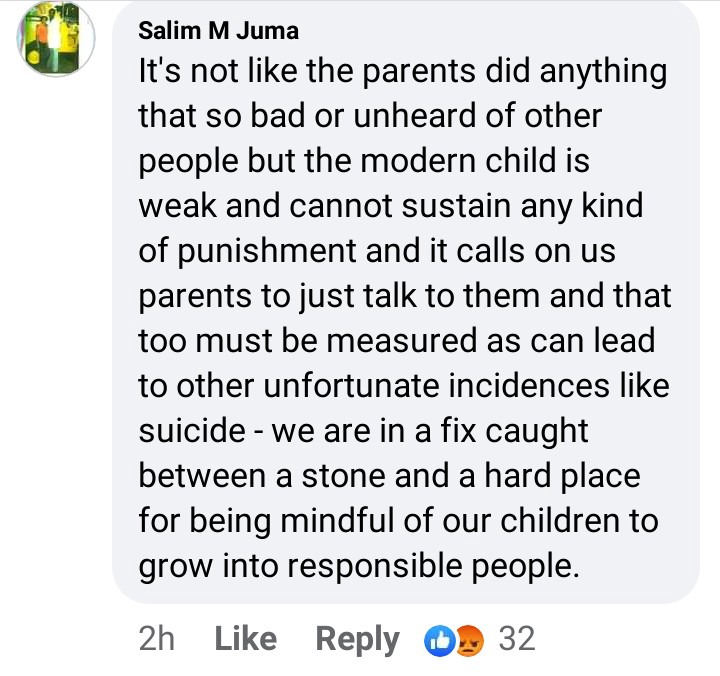 Grief & Sorrow As Another Headteacher Commits Suicide In His Office, No Suicide Note Left Behind

Replace Your Stolen/ Misplaced Simcard At Home Using Your Phone With These Steps.

Nairobi: Angry Mob Beat A Suspected Robber Before Authorities Came To His Rescue.

Three Suspects Arrested For Being Linked To The Murder Of Augustus Mutuku, Political Blogger

Ruto Speaks on Claims he Wanted to Take Over Jubilee Party, Advises Uhuru on How to Maintain a Party