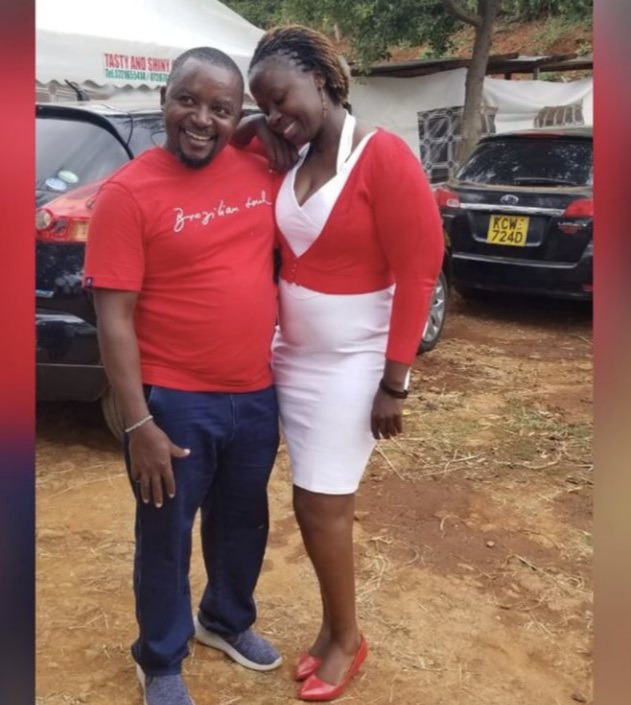 Residents of Kamacuku Village in Tharaka Nithi County were left in shock after a woman reportedly killed her husband before committing suicide.

Miss Pamela Wanja and her deceased husband are said to have had Domestic violence that resulted in her killing him and leaving behind three children.

Deceased Moses Kirimi Mati, a Chuka University architect and Head of the Estates Department was found lying in a pool of blood in their parking lot on Monday morning.

Residents who knew the couples said that the two couples who never shown any signs of domestic disagreements.

According to Ms. Charity Karimi, a friend to Mr. Mati, the two couples had attended a Sunday service at a church near Chuka University and later proceeded to a prominent hotel in Marima market where they had fun.

Ms. Karimi further revealed that they had attended the same church with the couple for several years and the two were always jovial and happy.

"The two have been attending church together with their children and we know them as a happy couple," Ms. Karimi said.

Reports held by police investigating the incident said that they found Ms. Wanja body was discovered hanging from the balcony of their four-storey building.

Further, they found a blood-stained metal rod believed to have been used in killing Mati beside him. Other things found included Ms. Wanja's clothes and a Toyota double-cabin pickup which all had blood stains.

They further discovered a suicide note written by Ms. Wanna apologising to their three children for the deaths.

Also CCTV footage at the building captured the scuffle between the two couples that happened on Sunday night at their parking lot.

First Black Woman in the World to Travel to Space is in Nairobi, Says What Happens Outside Universe