By Description (self media writer) | 26 days ago 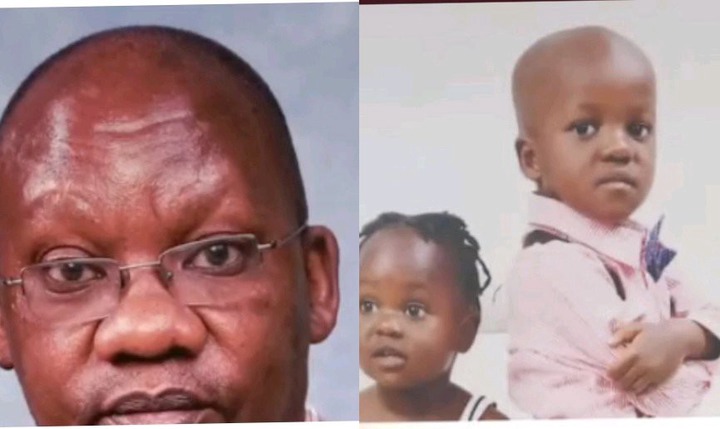 Dr James Gakara who allegedly killed his children died today in the morning while receiving treatment at Nakuru Level 5 Hospital. James Gakara was under the watch of security officers while being treated.

The family of late Dr James Gakara has spoken following the death of their kin. The family says that they suspected a foul play in the cases of the alleged killings. This is after a preliminary police reports indicated that Dr James Gakara murdered hit two children before trying to take his own life.

A friend of Ms Winnie Odhiambo, wife to the late medic, says that Dr James Gakara had called his wife on that fateful day the incident happened. The wife was in Nairobi and Gakara allegedly confirmed that they had a lunch with the kids.

As details unfold the family of late Dr. James Gakara have been denied access to the body of the late doctor. The family has been told to produce an affidavit in order to confirm that he was their relative so that they can be allowed to access his body. The body of late James Gakara is said to have been booked as "Unknown Male Adult". 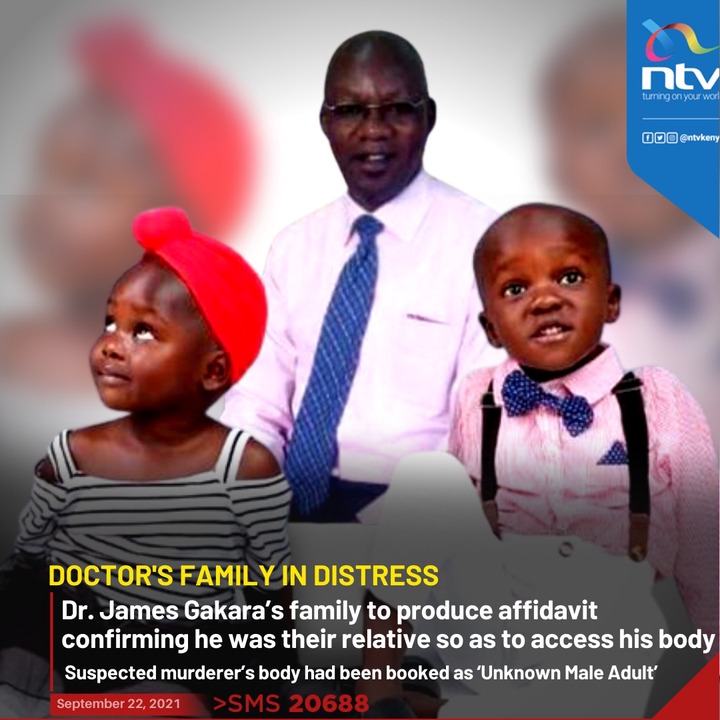 Meanwhile police officers have also launched an investigation into the killings that have left the residents of Nakuru in rude shock. Dr James Gakara is said to have been very popular since he owned a clinic which is located in Section 58. 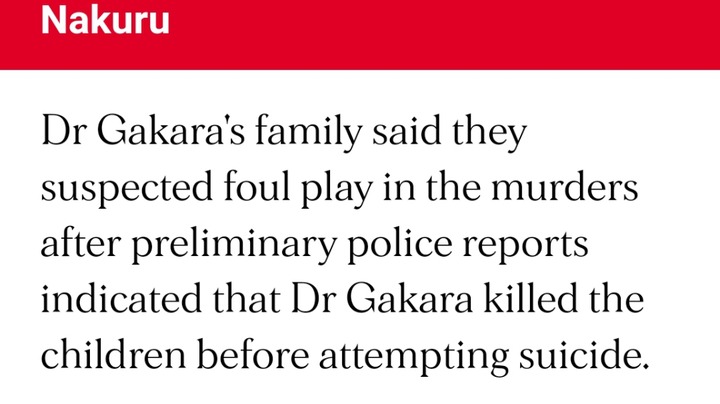 COVID-19 Re-infection: This is How Long Natural Immunity Lasts After Infection

You Want to Live to 100? Here Are the Secrets