By TurboNews (self media writer) | 4 months ago

Father to tycoon businessman Jimmy Wanjigi has visited his son's premises in Kwach Westlands Nairobi county to see his son who has been in hiding for over 17 hours now. Maina Wanjigi arrived at the venue Tuesday afternoon accompanied by his daughter and wife. He said that the siege on his son was unlawful. Jimmy Wanjigi is reported to have locked himself in a bunker within his business premises and the police have not been able to get to him. 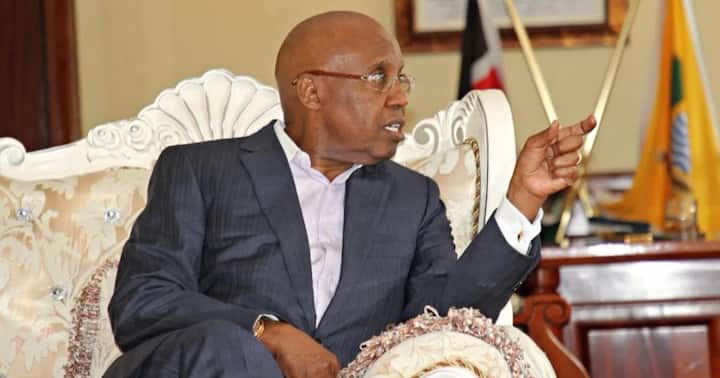 According to Wanjigi, the ambush was as a result of the statement he made over the weekend about Raila Odinga.

"All they were telling my lawyers is that they want me to go to CID to write a statement and that is something which I should be there, but I wondered what the statement is for," Wanjigi said. His father remained stranded outside the premises after the police stood their ground that they were not going to let him see his son. Follow the page for more news updates daily.