By Djrhymez (self meida writer) | 29 days 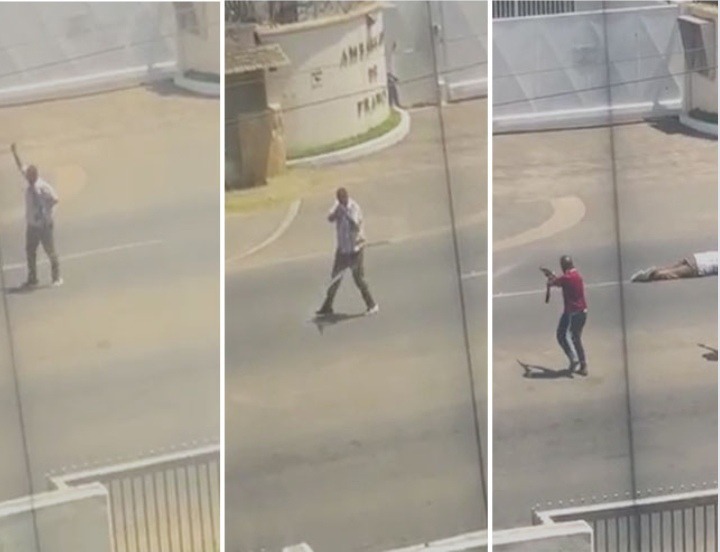 The suspect was also killed in the exchange, police say.

Confirming the incident, Tanzania’s Inspector-General of Police Simon Sirro said the suspect, whose motive wasn’t immediately clear, had earlier opened fire on police officers who had responded to distress calls by passersby.

The felled suspect was carrying an AK-47 rifle outside the Embassy and appeared to control traffic on the Ali Hassan Mwinyi Road, raising suspicion.

Earlier Wednesday, the US warned its citizens to avoid the road following heavy exchange of gunfire near French Embassy.

Investigations are currently underway with all sources questioning the motive of the lone gunman and if it was a terrorist related incident. 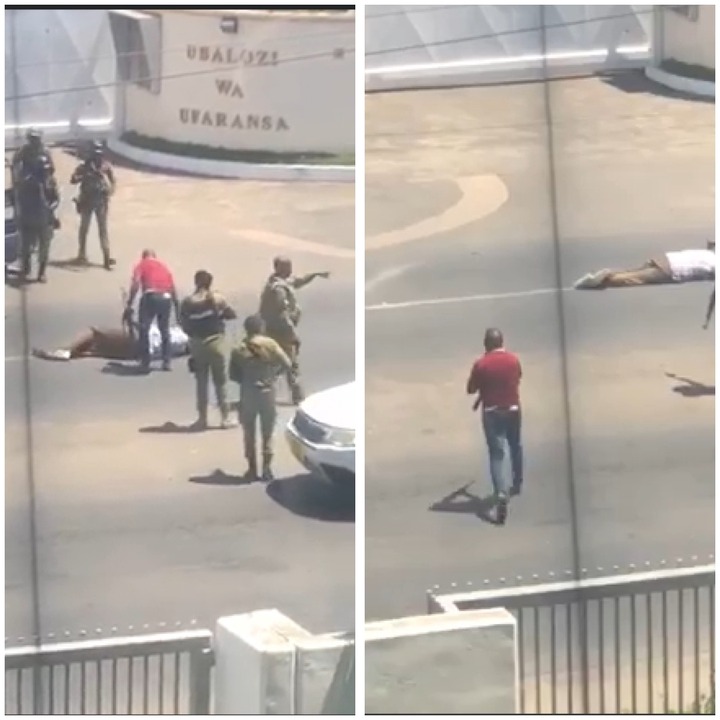 Tanzanian, is currently good through some tough times like the rest of the world with the deadly coronavirus wreaking havoc i the neighboring Country.

Terrorism seems to be a menace around the world with these rogue criminals Killing innocent people as they wish.

During the said intense arrest, detectives managed to recover several expolisves in side a toyota probox that the suspects were driving in. 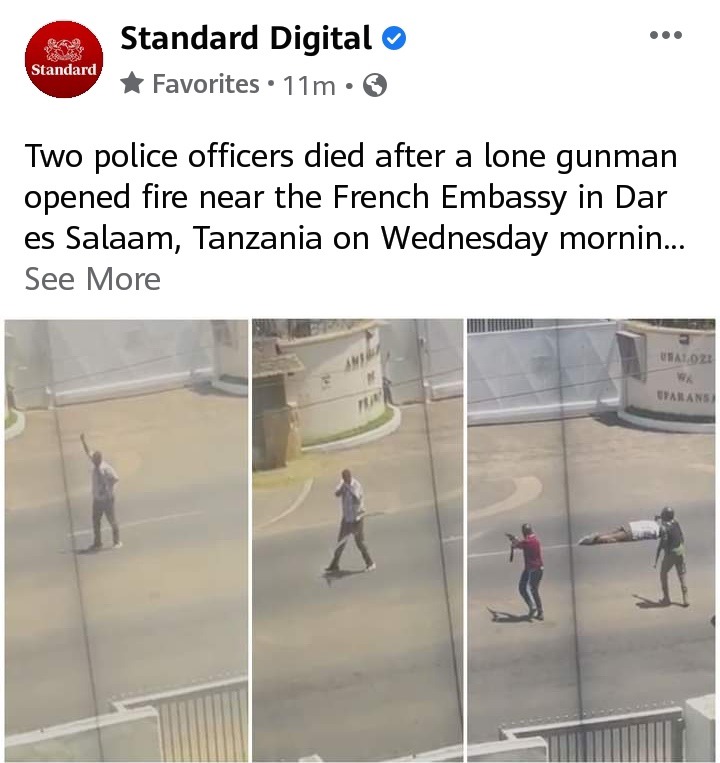 Sad As DJ Evolve Dad's Reveals The Last Moments With His Wife Before She Was Confirmed Dead, RIP