A mother is in pain after her child was snatched from her arms by a woman on a bodaboda in broad daylight. 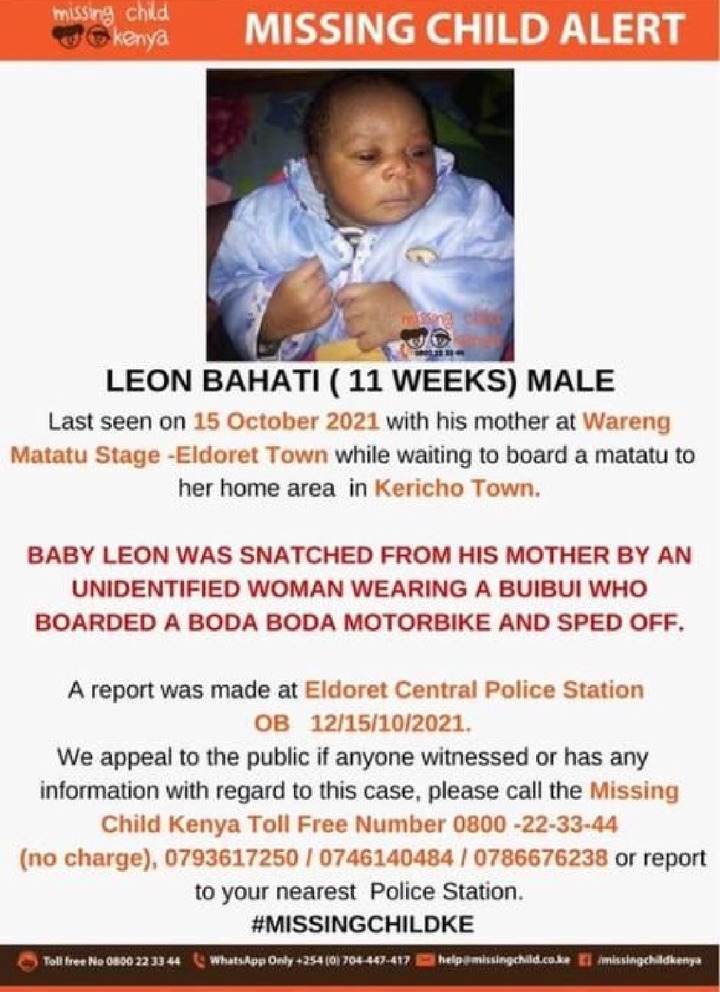 On Friday, October 15, a woman on the pillion passenger snatched her two-week old baby at Wareng bus stage in Eldoret, Uasin Gishu County while she was in her way home at Kericho.

While she was waiting for the next minibus, she identified an idle bodaboda rider, whom they changed greetings. Little did she know that he would be the cause of her sorrow.

"The engine was on and the rider even said hello to me. I did not know what intentions he had in mind," Kavetsa told a local media station.

As she continued to look out for the next vehicle, while minding her own business, someone tapped her shoulder from behind. To date, she wished she ignored.

A woman, donned in a black apparel snatched her two-week old baby from her arms and dashed to the idle bodaboda rider, who had waved back to a few minutes before.

"When I turned to check who it was, my baby was snatched. The next thing I saw was a woman dressed in a black buibui on the motorbike," she narrated.

Kavetsa, who was recovering from an ailment caused by accumulation of breast milk in the body screamed as loud as she could, but the motorcycle and the pillion passenger disappeared into thin air.

Instead, she received calls from scammers, who tried to swindle money from her, claiming that they would help bring her son back using black magic.

Other genuine callers told her that they had spotted her baby but in all incidences, that was not her son.

"Some phone from Migori, informing us that there was a baby who had been found in hospital and was in critical state. When the doctor sent us a photo of the child, it was not him," Kavetsa stated.