From Threats To Actual Murder: Chilling Details On How Teen Brutally Murdered Father Over Chicken

By GhostNews.Com (self meida writer) | 1 months

Teenagers in the country have been involved in some gruesome homicide acts which have left Kenyans shocked and worried about their well-being.

The latest report of a 18 years old form four boy who brutally murdered his father over missing chicken tussle has left many wondering what is happening with the young generation. 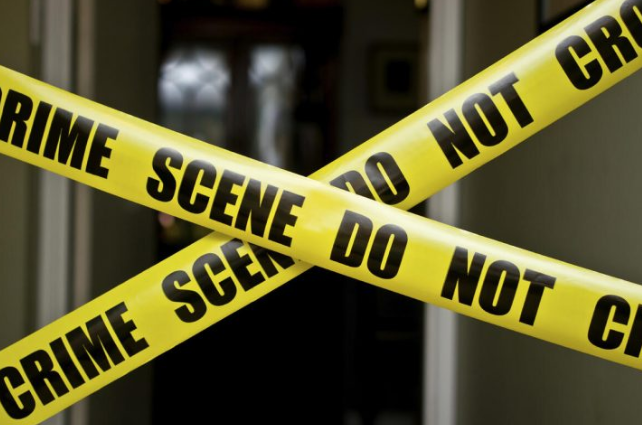 According to K24 digital news reports, homicide detectives from the Directorate of Criminal Investigations are on the pursuit of the 18 years old student for the gruesome murder.

The reports claim that the lad killed his father who has been identified as Wilson Kipsoi (from Kericho county) on allegations that he had sold his six chicken. 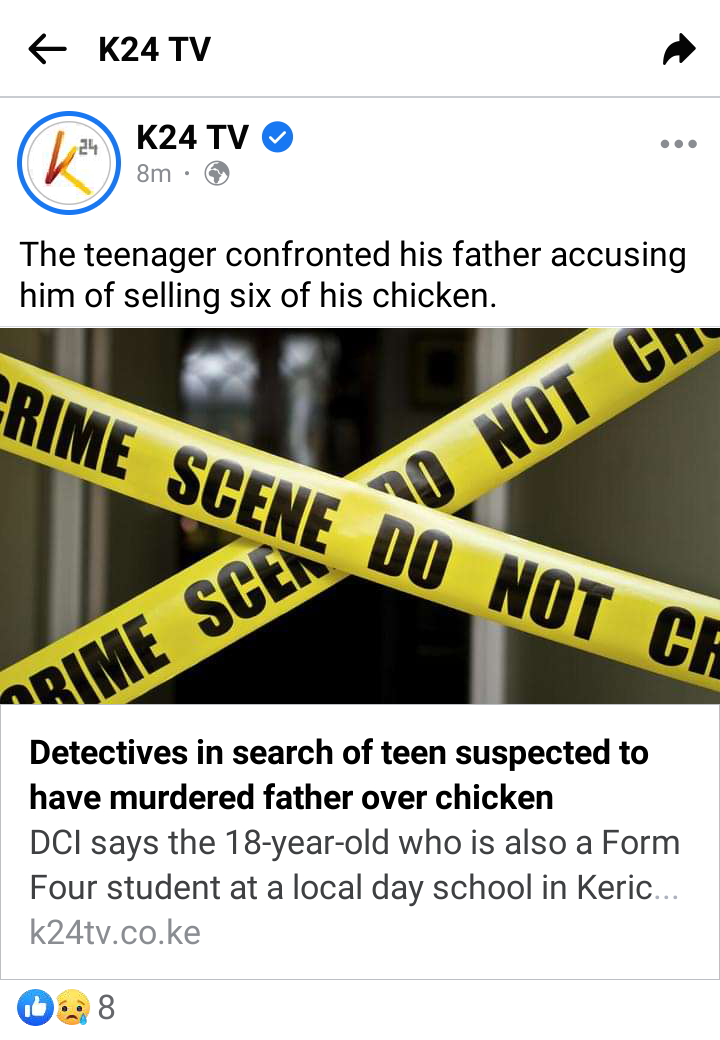 Wilson is said to have threatened to shoot his son using arrows which made the teenage flee to their neighbor's house until the following day when he committed the act.

"Angered by the confrontation, Kipsoi threatened to shoot his son with arrows, forcing the form four student at Kapcheplanga day Secondary school, to seek refuge at a neighbour’s house." Read a statement from the DCI. 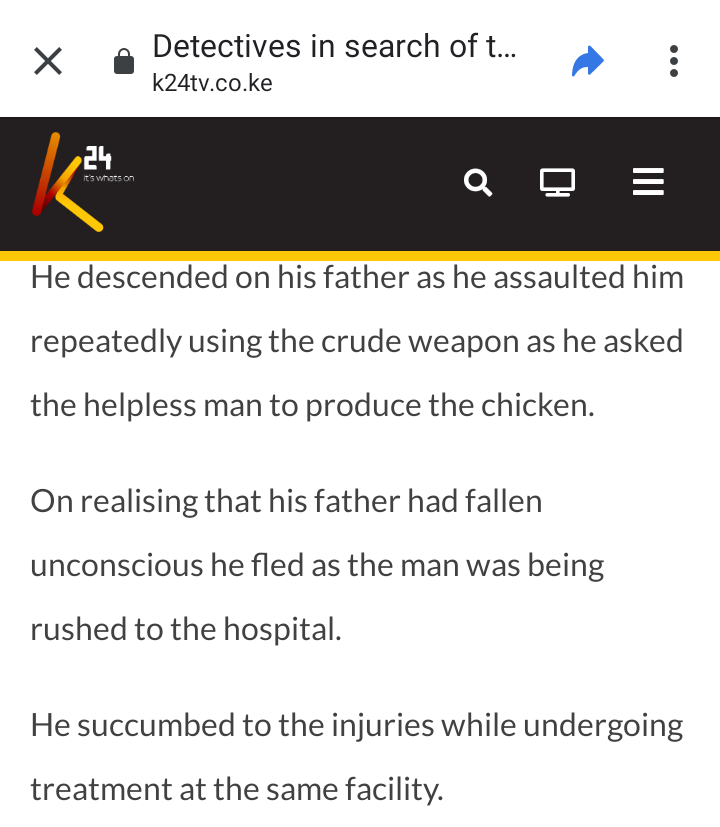 The boy returned back home armed with a huge club as he vowed to kill his dad who had threatened to shoot him.

He pounced on his father hitting him several times demanding for his chicken, not until he saw him not responding.

The 18 years old fled from home when he realized what he had done. Wilson succumbed to injuries on arrival to hospital.

God is Good: Hopeless Student Who Scored 304 Marks in KCPE Saved from Training as Mechanic

Confusion As Police Clash With Family of Headteachers That Burned Alive