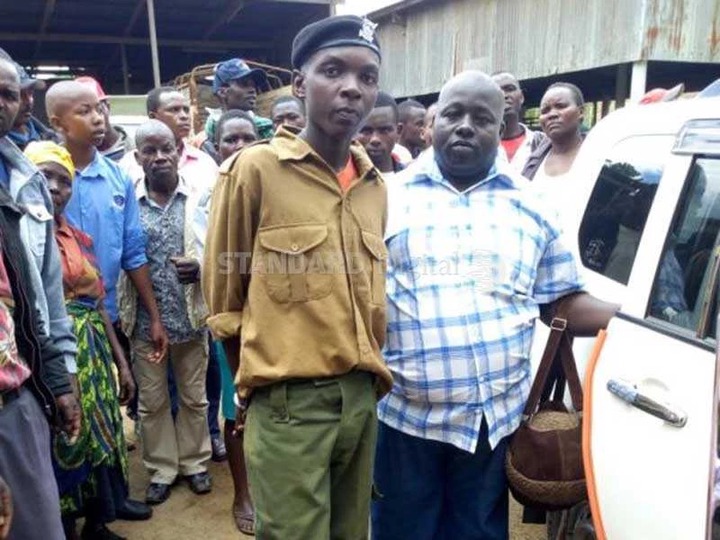 After the Guns Galore investigation by Purity Mwambia on how police officers hired their working tools to criminals, more criminals are getting arrested using the same uniforms hence giving a clear light to the allegations by the series.

A17-year old minor who was accused of posing as police officer while has been released by a Meru court on a cash bail of sh 50,000.

The minor who is allegedly involved with a criminal syndicate adorned himself with police uniform was charged in court alongside a mechanic identified as Alex Mwiti alias Kashada.

The two were arrested on 25th April at Godown Market in Meru town in the company of two others who managed to escape the police arrest.

The two appeared before Chief Magistrate Stella Abuya and denied the charges. The court was told the two resisted arrest by police officers Bashir Hussein and Vincent Kadiga, prompting the officers to fire in the air to scare the suspects. 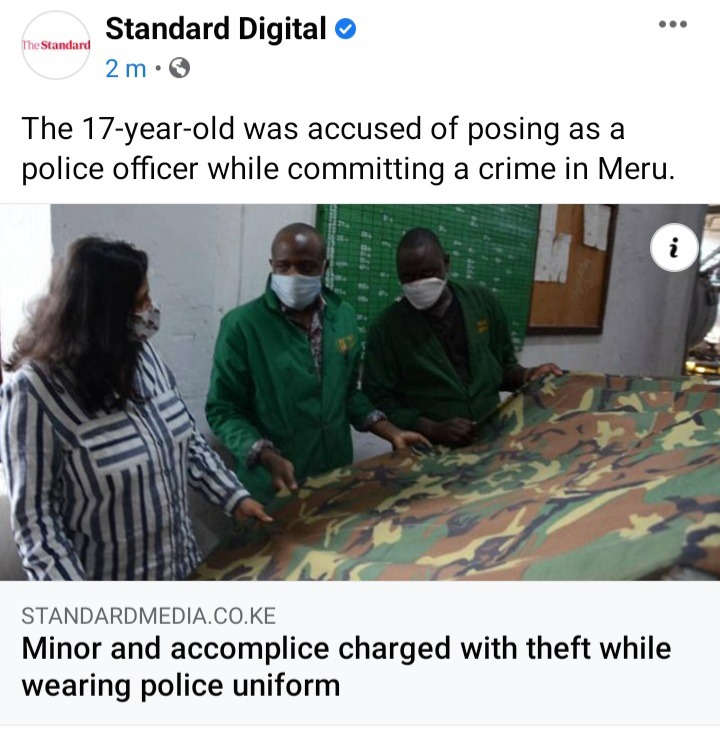 While defending themselves, Mwiti and the minor denied all the charges against them saying that they have never possessed any government store that is uniforms that included the National Police Service jungle jacket nor involved themselves in any unlawfully activities as charges read in the court.

There arraignment comes barely two days after two other suspects were arrested in Changamwe when they flgged a police officer and attacked him as he tried to defend himself.

These two incidences seem to justify Purity Mwambia’s allegations despite the DCI boss Geeorge Kinoti in full glare of cameras denied any use of police uniforms and guns in committing crimes within the country.