A judge has ordered the Police to keep a man who is reported to have killed a 4 months old baby after Slamming him on a wall. According to the reports given by a reliable source of information, it has been revealed that the suspect whose name is yet to be disclosed did this after a, heated argument with his wife.

In a video that has been shared by a reliable source of information, the man could be seen beating his wife after which he picked up the baby and slammed him on the wall killing him on the spot.

According to the reports given by the wife of the suspect, she claimed that the deceased did so after they had a heated argument. Reports have revealed that the suspect suspected that the child was not his and for this reason, killed the baby by Slamming him on the wall.

While reacting to this incident, kenyans who took to their different social media accounts to express their opinions and suggestions on the matter have called upon the inspector General of police, Hillary Mutyambai to conduct an investigation in order to find out what happened before the incident.

According to the reports given by most Kenyans, they claimed that it was so unfortunate that the deceased had to die in such a way. However, kenyans called upon the police to make sure that they conduct a DNA test in order to find out whether or not the child was his.

James... This is one of the main reasons why i ofte'is tell men to often take a walk when they are upset. It helps you make the right decision because im sure that he now regrets what he did and for this reason, let him rot in jail. 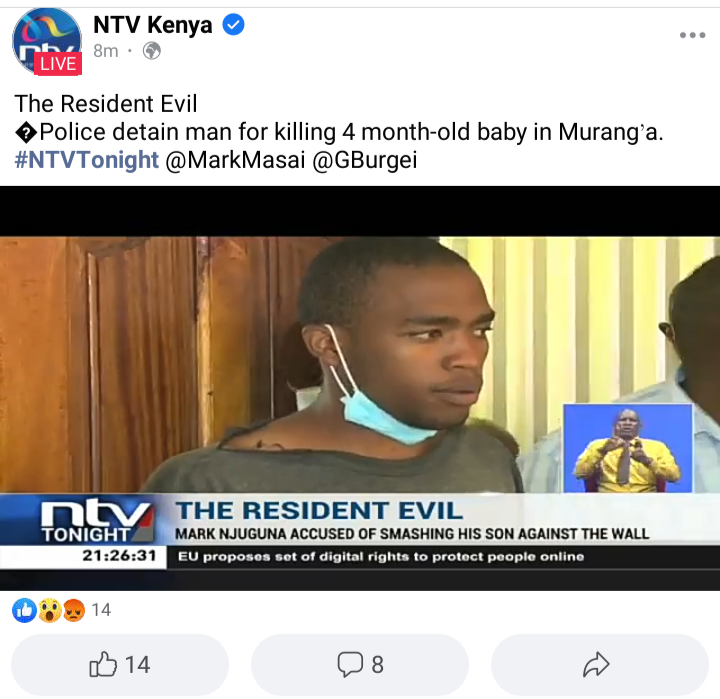