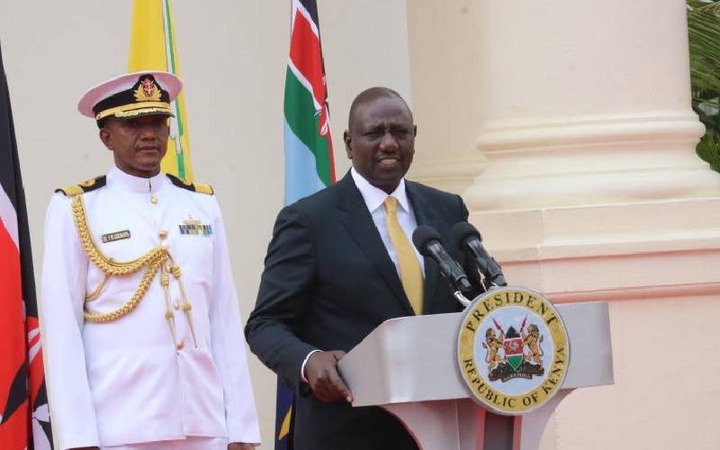 President William Ruto has on Sunday ordered police officers to deal with armed bandits firmly and decisively. Reacting to the killing of 11 people which included eight police officers, chief and two civilians, the head of state has instructed security operators to leave no stone unturned to ensure those involve face full force of the low

"After receiving a comprehensive report on the Turkana/pokot incident that led to 10 security/administration officers losing their lives,I have instructed security agencies to deal firmly,decisively and conclusively with those involved. Cattle rustling will stop na sio tafadhali," President William Ruto said. 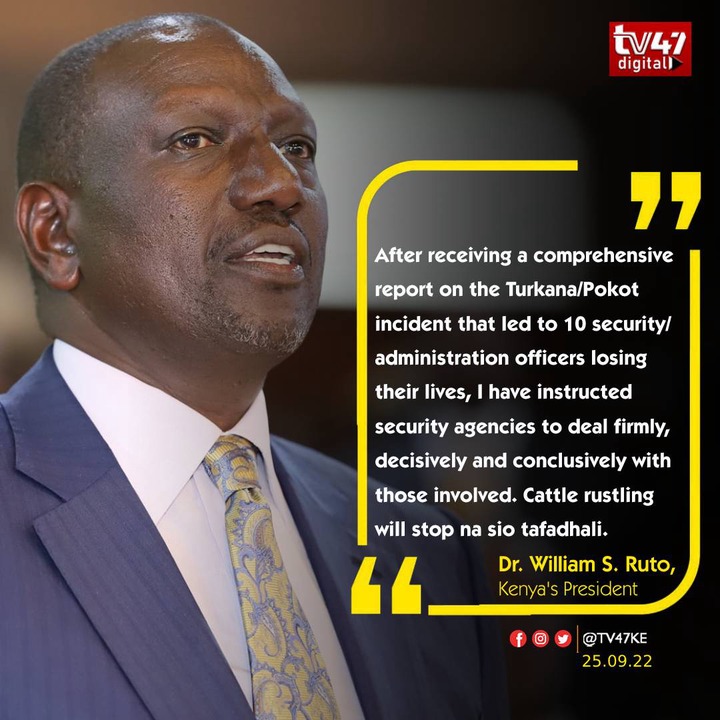 At least 11 people were on Saturday killed by gunmen in a cattle-rustling incident in Turkana East, Turkana county. The victims included eight police officers, a chief and two villagers. The bodies of police officers who were killed have been airlifted to Nairobi ahead of their burial arrangements.

During his campaigns, president William Ruto promised to fix insecurity issues which are caused by bandits especially in Baringo and Turkana.