By VictorAdundo (self meida writer) | 26 days

Two suspected criminals were arrested in Langata [Nairobi] in an alleged felony attempt. 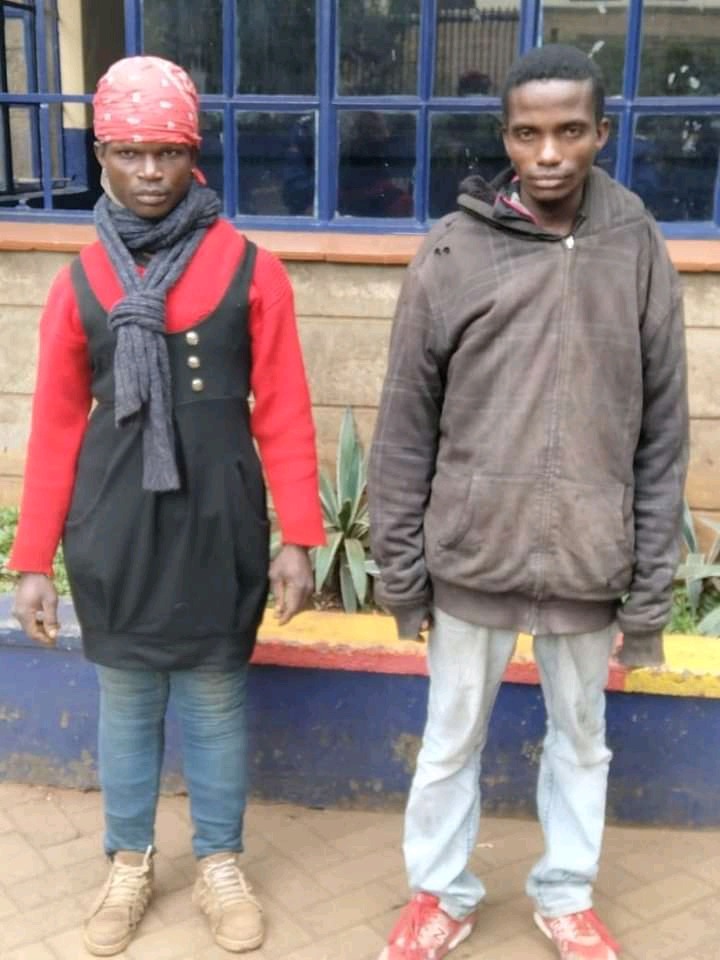 According to the sources, the police who were on patrol in that area met with the two and noticed something fishy in one suspect "Peter Omweno Momanyi" aged 24 years who was dressed as a woman. 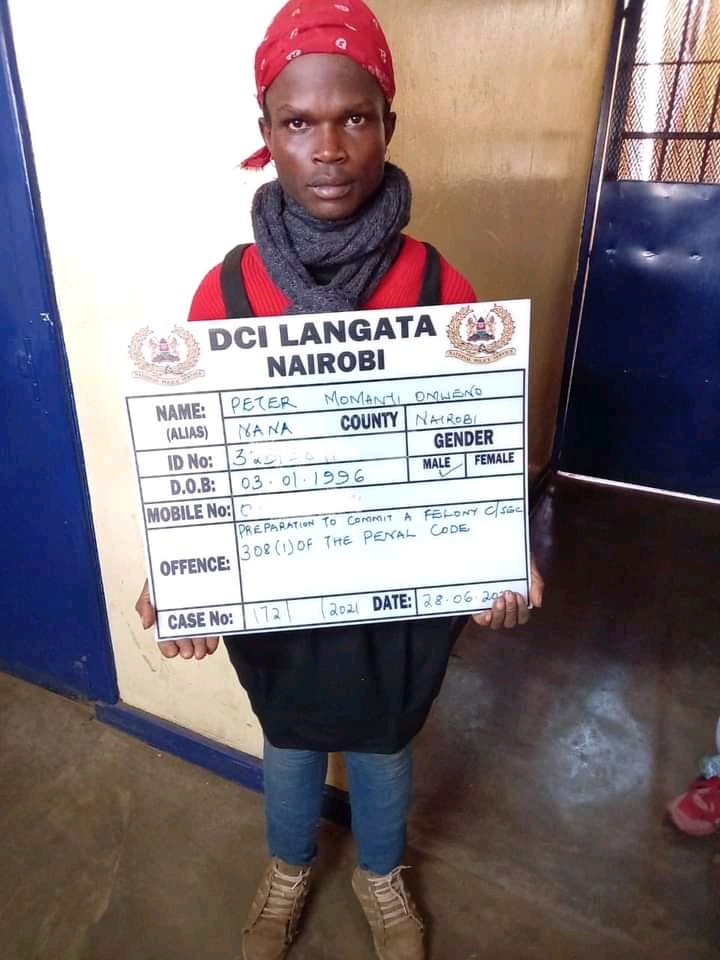 He was alongside his compliance "John Muchiri Kimani". 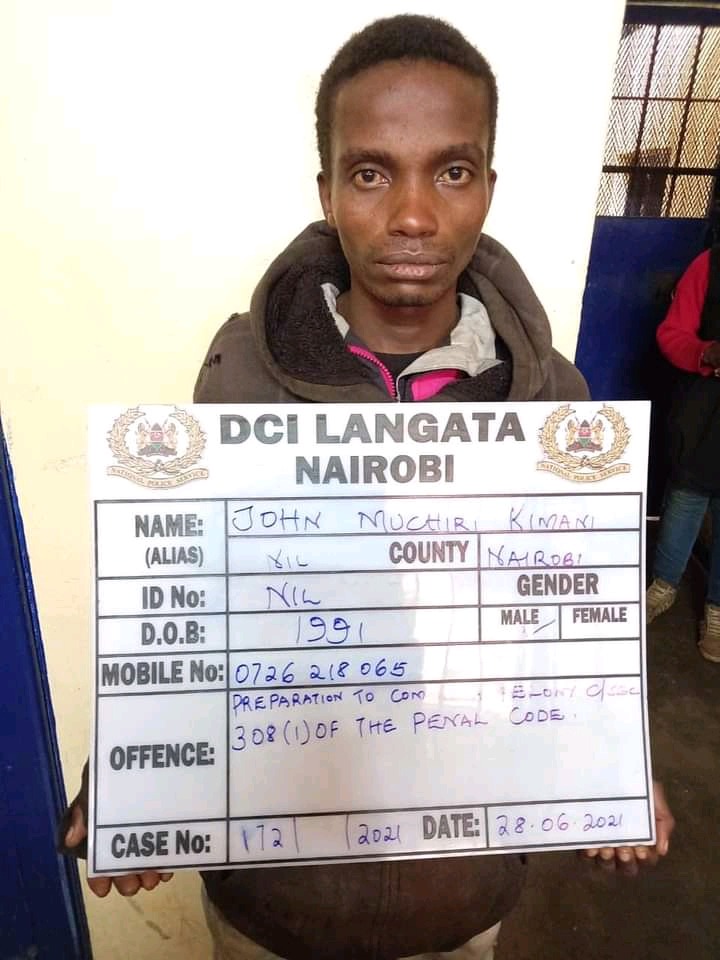 The two defied the police orders asking them to stop which resulted in a fierce chase between them and the police.

Unfortunately, their efforts of running bore no fruits after the flexible, young energetic police officers managed to catch them.

Crude weapons were recovered from the suspects which included a knife and a chain. 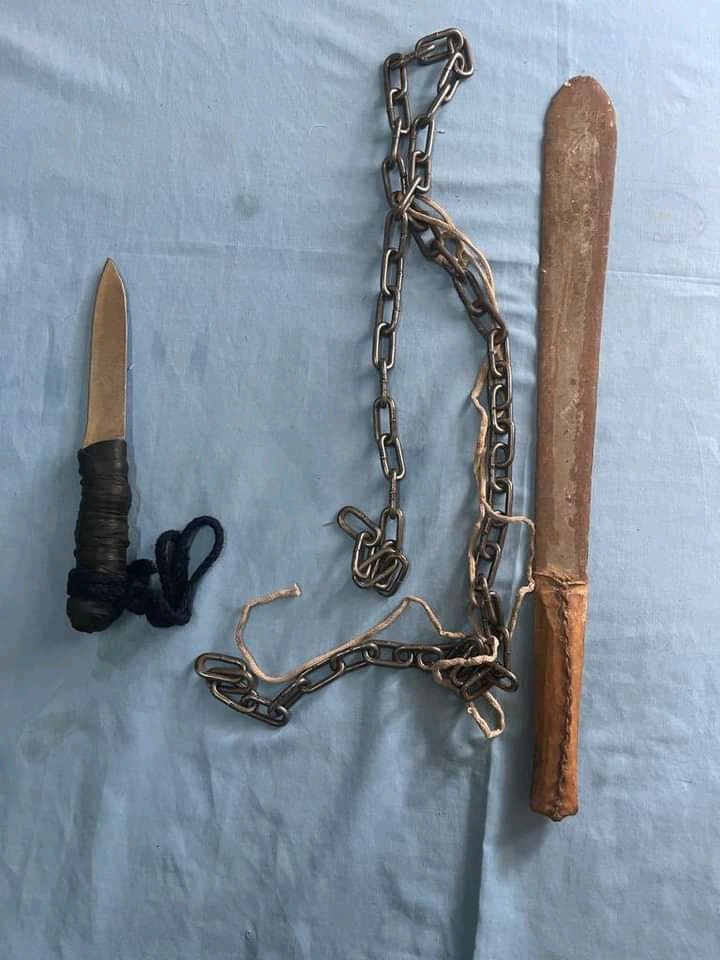 Reportedly the suspects have been terrorizing the morning joggers along Langata and Mbagathi roads both in the morning and the evening.

Currently, the two suspects are in police custody waiting to be arraigned in court. 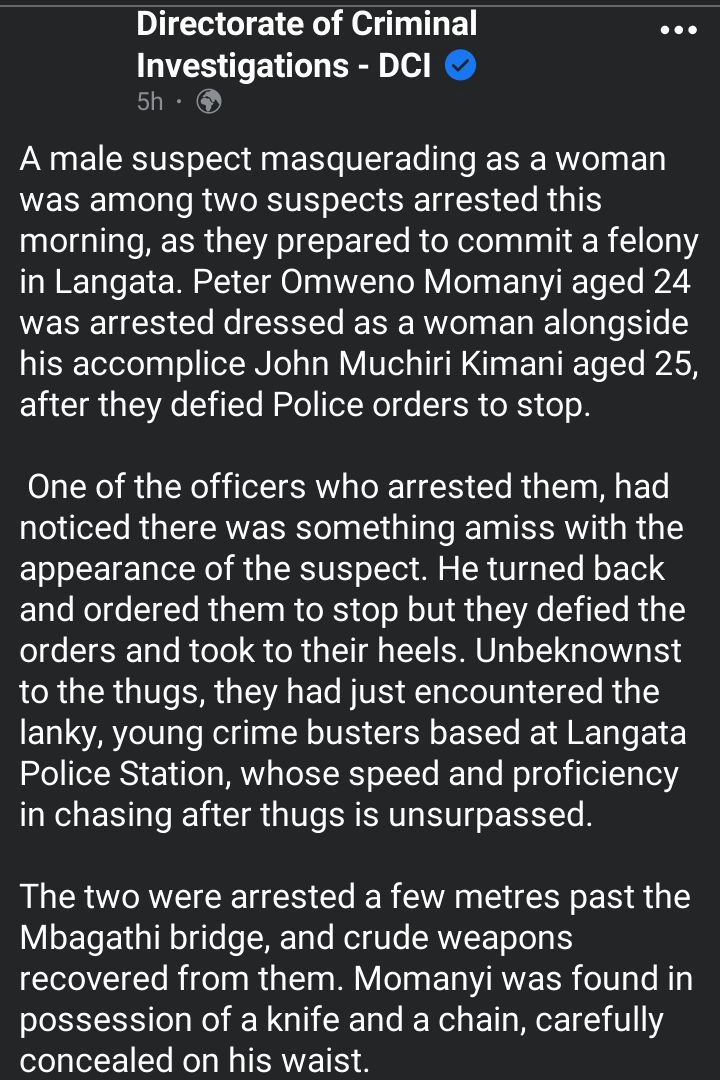 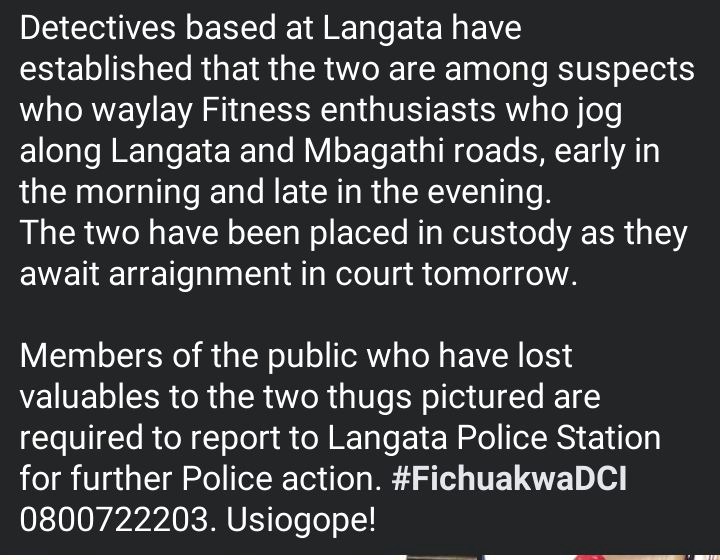