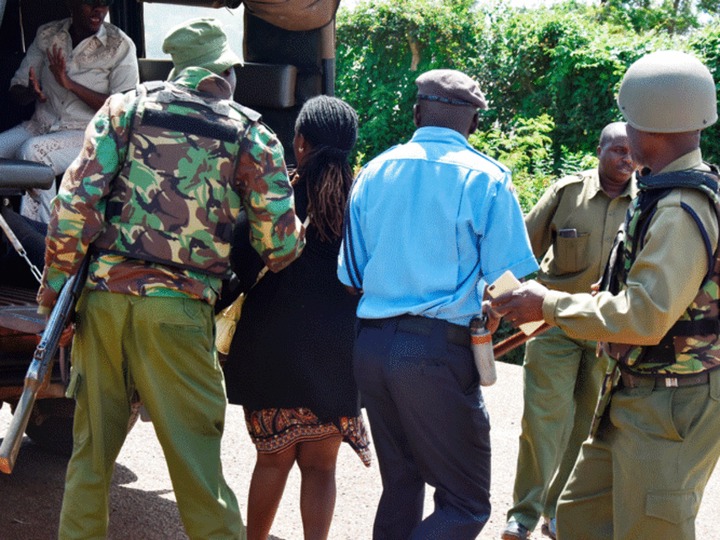 Officers executing an arrest in the past/Courtesy

According to Wahome Thuku, the officers stormed into Ida Wangui Wakaba's house at Cravers Estate and started searching for a suspect, said to be the woman's husband.

Since the officers allegedly did not show her the arrest warrant, she started filming the officers as they executed the search inside the house.

Wahome noted that the officers were pissed off when they realised the woman was filming them. They allegedly grabbed the phone and deleted the video before arresting the woman

Wahome is now calling upon the station commanding officer (OCS) to release the two women, Ida, and her sister, who was also arrested after she tried the follow the officers and know where they were taking her sister. 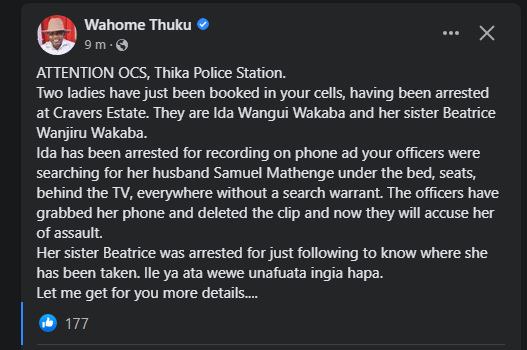