By Longneck (self meida writer) | 1 months 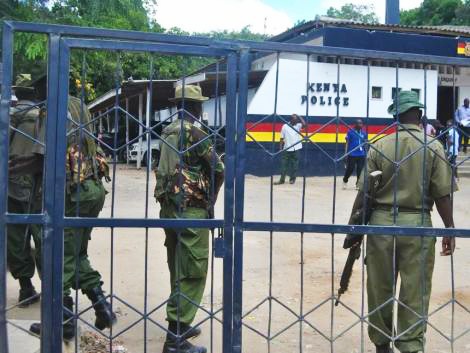 Residents of Kipsaraman Baringo County were treated to shocking scenes as an administration polices was arrested after he allegedly pulled out a knife and stabbed a bar owner over Ksh450 bill.

The officer identified as Victor Ruto is said to have been angered by one Reuben Cherotich who asked him to pay his alcohol bill of Ksh450 since carfew time was approaching.

Feeling embarrassed, witnesses revealed that Victor pulled out a knife from his pocket and stabbed the 43 year old bar owner on the neck killing him on the spot before fleeing the scene of the crime. 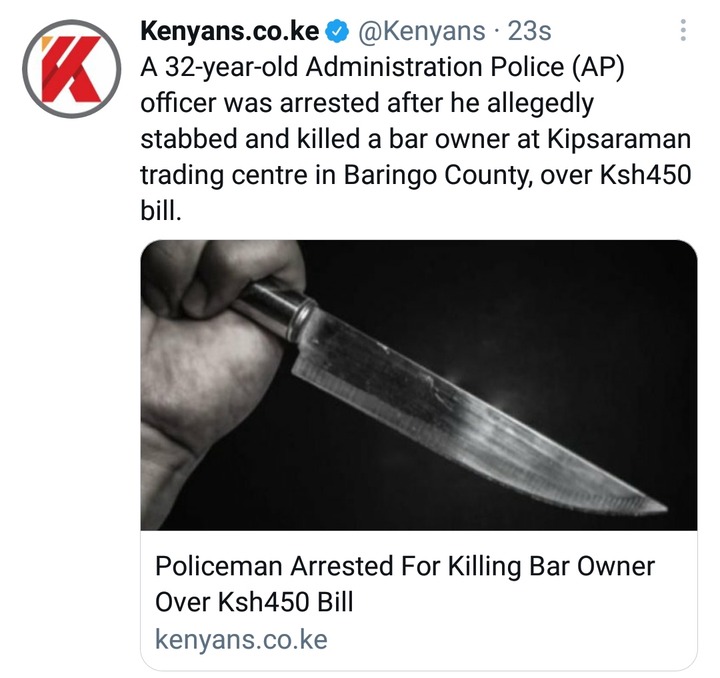 Baringo County Police Commander Robinson Ndiwa told reports " The two picked a quarrel and fought before officer who was not on duty, pulled out a knife stabbing him once on the neck. The suspect has been arrested and shall be arraigned in court as soon as possible to answer to murder charges against him."

The year 2020 was recorded to have the highest number of police brutality claiming a total of 157 innocent lives terming it the deadliest year.

Man Lynched By Mob After Murdering His Lover In Kaloleni Area, Voi Sub-County

One Dead In Bomet Fatal Accident