Sad: Dr Gakara's Death Wish That Was Full Filled By His Family During His Burial

By FrankUpdatez (self media writer) | 24 days ago 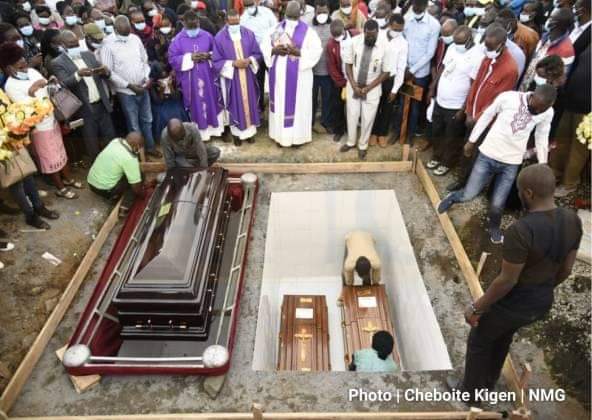 Grief engulfed mourners who turned up to bid farewell to the doctor believed to have killed his two children before committing suicide. The burial took place at their Mbaruk home in Gilgil.

James Gakara, 54, was interred in a separate grave, as his children Dylan, five, and Hailey, three, were buried in one. 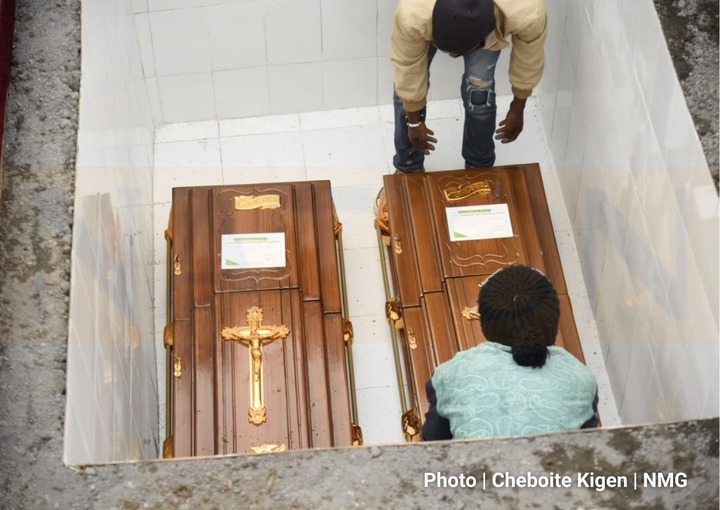 The graves were not filled with soil. Instead, they were covered with timber, a layer of polythene, steel reinforcement and on top covered with concrete.

Dr Gakara passed on on 22nd September after at the Nakuru Level 5 Hospital where he was recieving treatment.

According to previous sources and police reports, Gakara had reportedly killed his kids and attempted suicide by injecting himself with a substance yet to be identified.

In an autopsy report conducted on the three bodies, the government pathologist was left puzzled as the post-mortem came out inconclusive.

It is yet to be established what the doctor ingested before he succumbed.

The emotional burial was however touching for man after his widow Mary Odhiambo read his two kids a bedtime story during when they were being interred.

The widow has been spending most of her times in the hospital after she collapsed several times after learning of her late husband and kids demise. 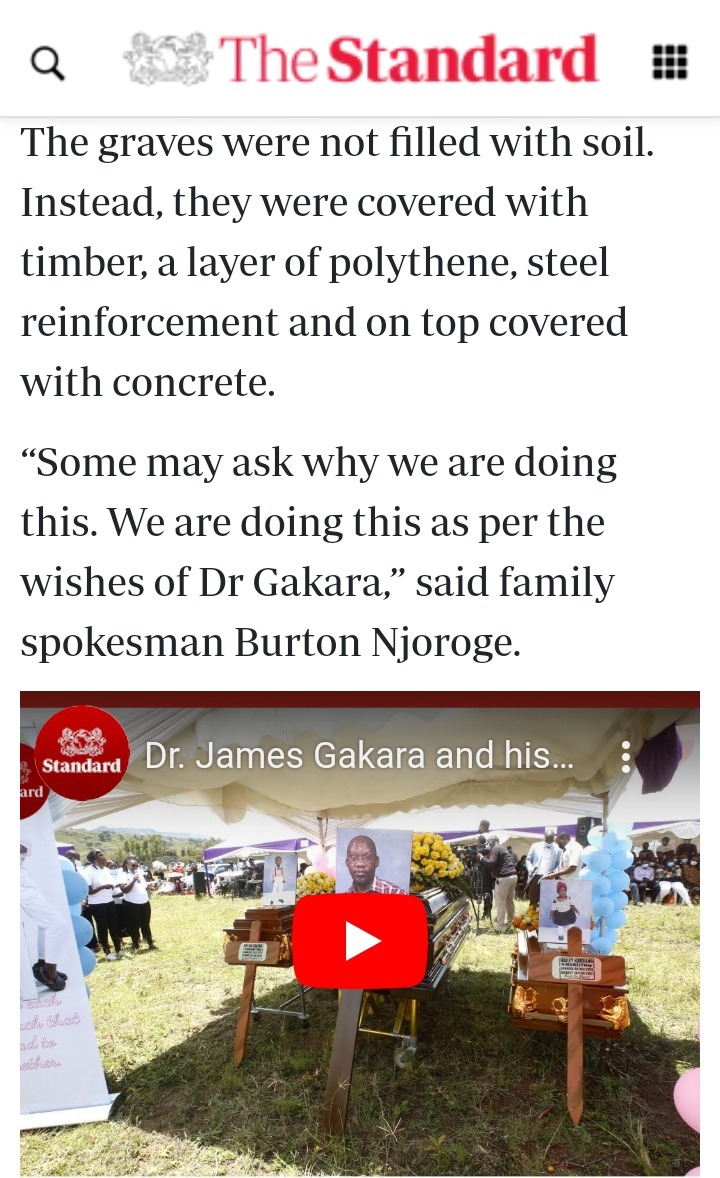