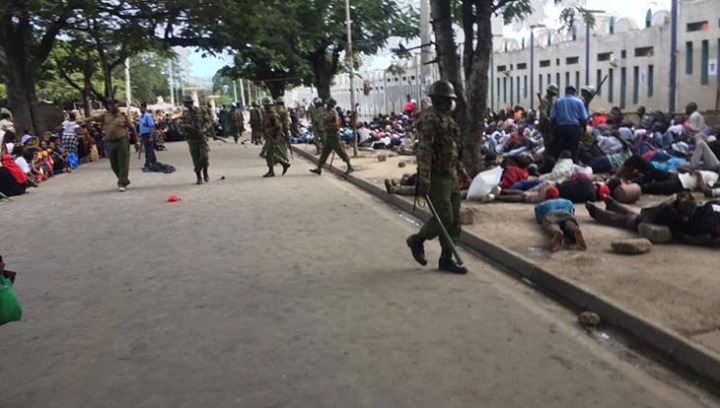 One person was killed by police during operations to enforce a dusk to dawn curfew order.

A former school teacher is said to have succumbed to injuries sustained in a beating by police officers enforcing the 8pm to 4am curfew in Machakos County.

Reports indicated that Juan retired from the teaching after serving for fifty four years while posted in North Western region. He then ventured into the boda boda business.

On Friday, he dropped a woman who was in labour at Machakos District Hospital and was carrying another passenger on his way home when he was attacked.

Juan who hails from Umaa village in Machakos was accosted by police after taking a pregnant woman to hospital past the 9.00pm national curfew. 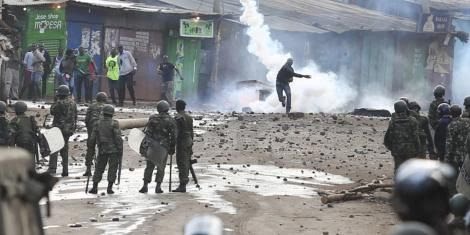 “Here he was flagged down by police officers who were patrolling the area. However, he defied the orders and drove past them and one of the officers hit him on the hand, then he lost control of his motorcycle and fell on a metal stand that pierced his stomach. The officers cornered him after he fell down and continued to clobber him until he fainted,” said Hiya Oboi, a brother to the deceased.

Good samaritans who responded to his distress calls found him in severe pain and rushed him to a private hospital where he received first aid before being taken to Machakos County Hospital.

His condition continued to worsen, with Doctors recommending different scans that saw him moved to Machakos Hospital.

“At Machakos County Hospital, he was ordered to undergo several scans which the facility did not have and since his health kept on deteriorating he succumbed to his injuries,” he said. 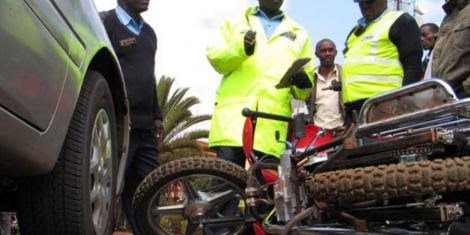 The deceased was moved to Machakos County Hospital mortuary.

Machakos County Police Commander, Janet Manywanda said that she was not aware of the incident.

“I was not aware of that matter since no officers have reported to me. But since l have heard it from you, let me follow up,” she said when asked to shed more light into the matter.

Janet warned the police officers who use force to harass the innocent individuals that the service will not tolerate adding that everyone will carry his own burden.

Early Signs Of Blood Cancer You Need To Know.

The Most Beautiful Girl In The World. Have A Look At Her Photos

Best 6 Foods To Boost Your Fertility

The Most Dangerous Tribe In The World

Warning: Avoid Cooking Beans With These Two Ingredients, They Destroy The Liver

Sure Bets of GG, Over 2.5 Goals VIP Matches that you are Assured of Winning Tonight