Residents of Narok south Sub-county were served with free drama after the area chief seized sheep belonging to one villager and auctioned them. The Chief who has been identified as Tipila Ole Narankaik said that he decided to take the law into his hands after the man refused to take his 15-year-old girl to school.

The chief said that the man had several livestock but he didn't want to sell them and pay school fees for his daughter. Nation reported that the girl had scored 244 marks her KCPE at Lengina primary school and she had been admitted to Lemek Namunyak girls secondary school in Narok West Sub-county. 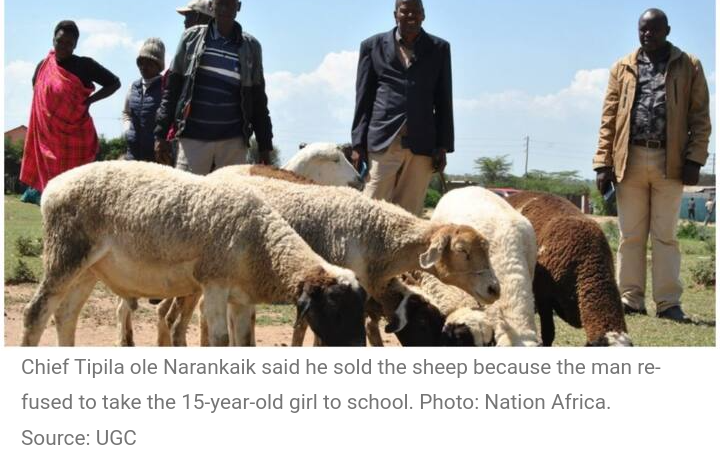 The chief reportedly told the man to take his daughter to school but he instead decided to give her away as barmaid. He later agreed with girls family to sell the goat and pay her school fees. The chief went ahead and took seven sheep and one goat to the market where he sold them for Ksh.45,000. 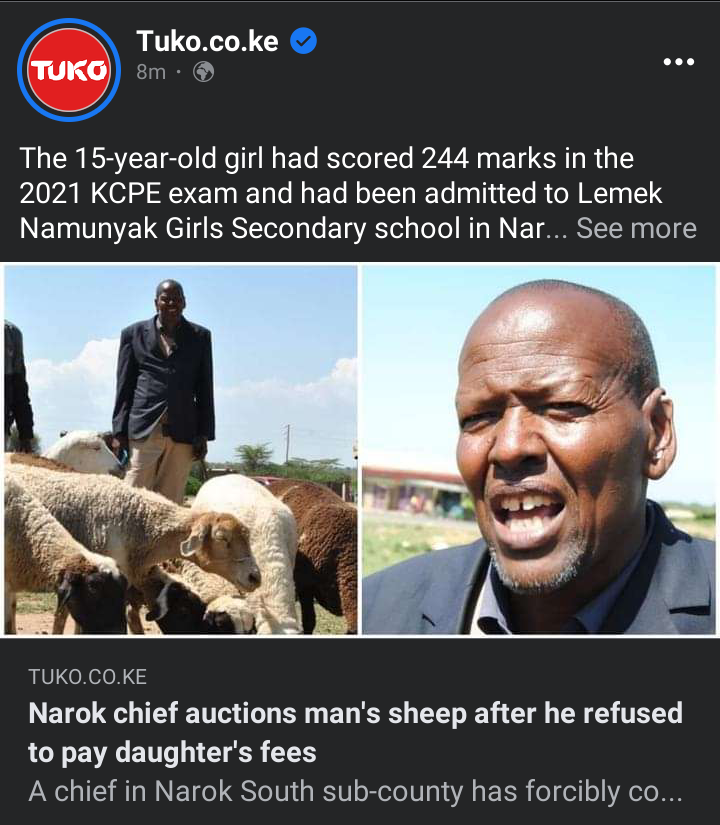 The money will be used to pay her first term school fees of Ksh.17,000 and buying other personal Items. The girl will be reporting to school on Tuesday, May 2022. The girl's mother Nookiyoi Kariankei lauded the chief's move saying that her husband had refused to pay school fees for the girl.

Karua And Ida To Commission A Multimillion Hospital In Nyanza And Adress Over 10,000 Women This Week