Two police officers have succumbed to their following an attack that happened today in the afternoon after a middle-aged man allegedly ambushed them at near the Embassy of France in Tanzania. 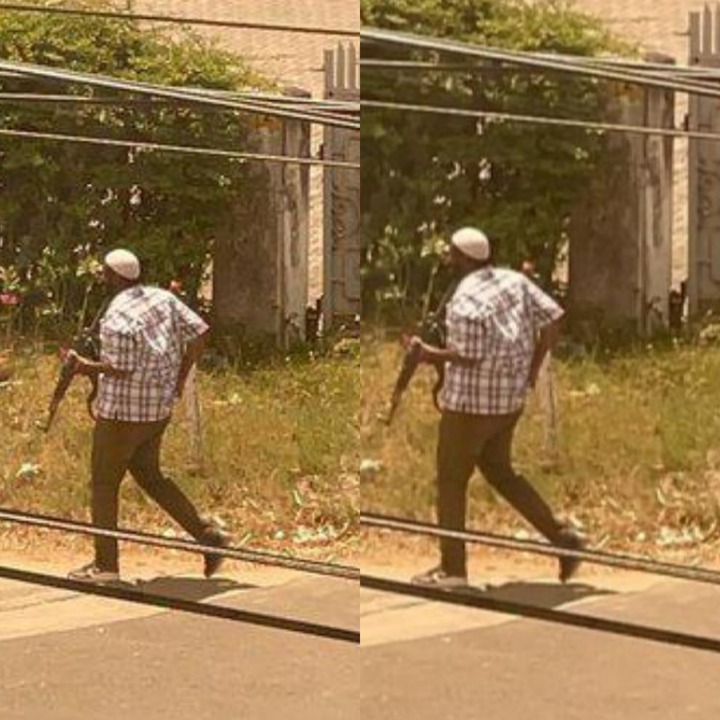 According to the reports given by different sources of information from Tanzania, it has been revealed that the suspect whose name is yet to be disclosed allegedly walked all the way to where the two police officers were before he opened fire.

This was followed by a horrific scene after he succeeded in shooting and killing two police officers before proceeding towards the embassy. However, things took a turn after a couple of witnesses alerted other police officers who came in large numbers in attempts to disarm the man

Reacting to this incident, a senior police officer who was among the first responders revealed that their attempts to get the man to surrender went in vain after he allegedly opened fire forcing them to retaliate by shooting back in a fight that ended after he was gunned down.

"We were called upon by a couple of residents who heard gun fires and after getting at the crime scene, we found two of our police officers down and that's when we proceeded to track the suspect who immediately started shooting at us after he saw us. We didn't have any other choice but to put him down", He said.

Due to this reason, the officers have revealed that they are currently investigating the incident in order to find out the man's motive and at the same time, establish whether or not the suspect was alone. 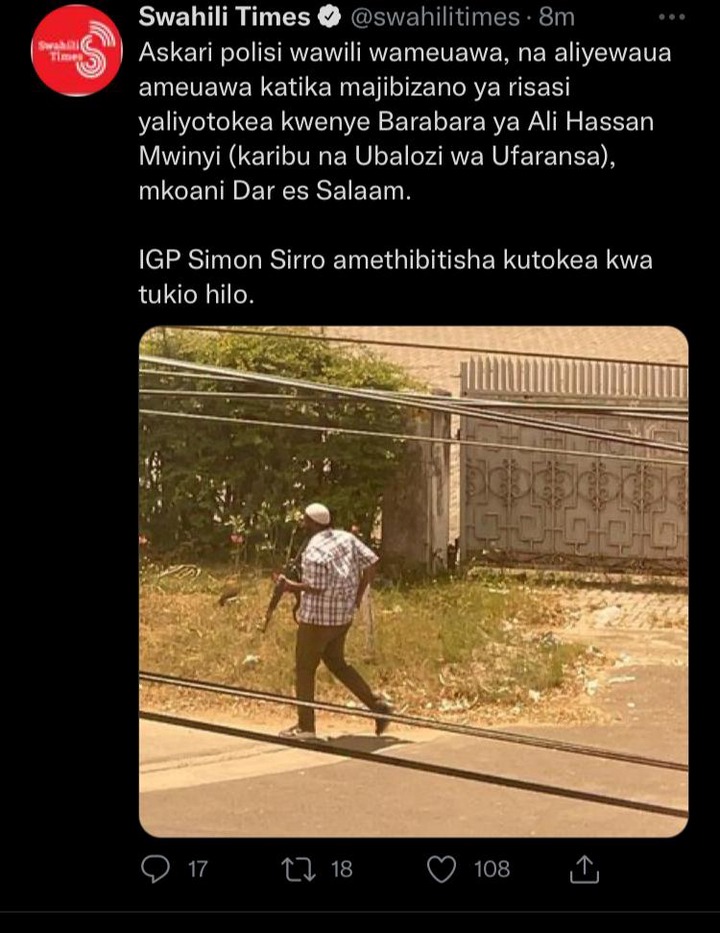 While reacting to this incident, several Tanzanians have called out the police for what they claimed was poor response to the incident. According to most Tanzanians, they claimed that the two officers wouldn't have died if their back up had arrived on time.