By Waiver (self media writer) | 4 months ago

The Directorate of Criminal Investigations Officers in Mombasa are in pursuit of one police officer who ran into hiding. The officer who is suspected to have committed murder went into hiding after reportedly killing one man in Changamwe.

The officer is accused of causing the death of Caleb Otieno who died while under police custody. An autopsy report revealed that Caleb died out of injuries inflicted on him by a blunt object. 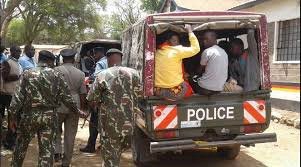 The offficer is among five police officers who were charged with murder in the Nairobi High Court on Wednesday, September 7. Four of them were arrested as he ran into hiding.

The suspect was being held at Changamwe police station after he was allegedly caught with illegal alcohol. A report by the Independent Police Oversight Authority (IPOA) indicated that Otieno passed away several hours after being arrested by Mikindani police officers.

The deceased was later removed from the cell at around 3pm and taken to Coast General Hospital where it was reported that he had already died. 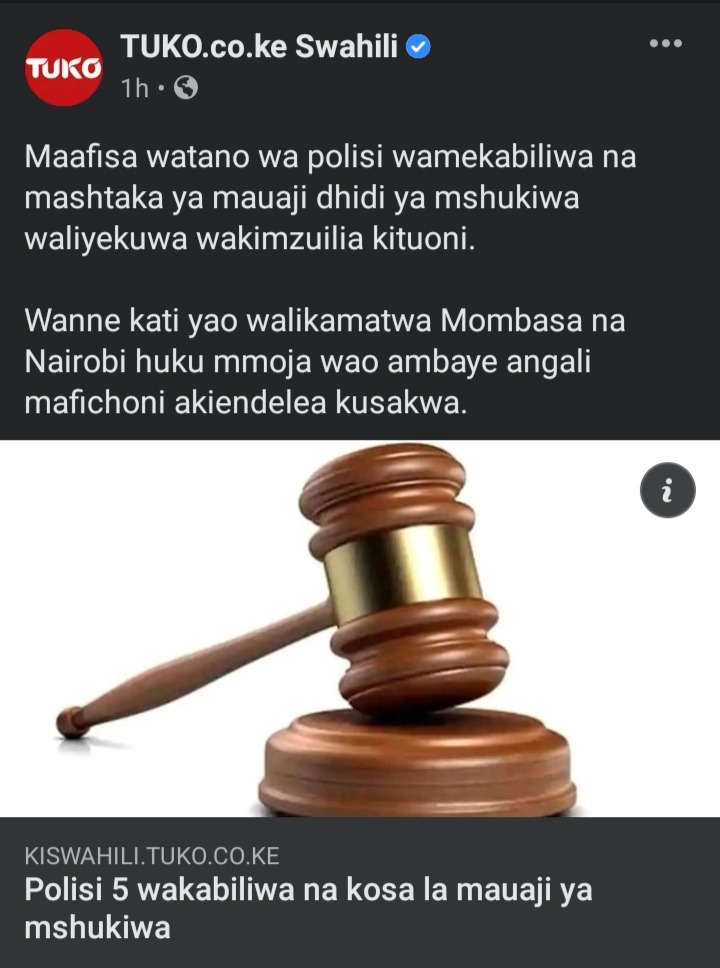 Rip: A Man Kills His Wife Before Killing Self After they Allegedly Failed To Sire Children