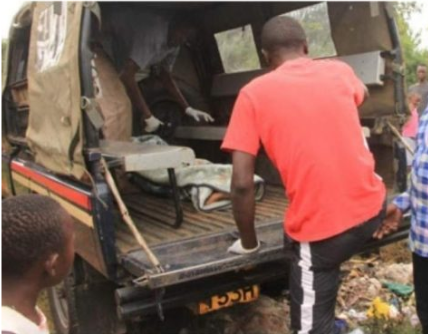 Solomon Kilimo a 27-year-old man caught Elgeyo-Marakwert County residents by surprise after busting his wife allegedly in the act with another man, Dan Mwangi.

Solomon Kilimo travelled from Nairobi to randomly visit his 23-year-old wife in Kapasho Estate. The milestone of the visit was to confirm allegations that his wife had been cheating on him.

According to eye witnesses, Kilimo secretly raided Mwangi's house after finding his wife absent on their house. The impromptu visit turned terrific after he found his wife in the act with Mwangi.

He had no intention of coming to terms with his wife and started to attack them. Mwangi managed to escape however, angered Solomon stabbed his wife severally with a knife. She succumbed to excessive bleeding.

After the horrifying incident, the wrongdoer was guilty of the offence and surrendered to the nearest police station.

The Keiyo-North sub county police commander Keith Makori, directed that they were holding Solomon Kilimo after surrendering himself to Iten police station.

"We have already opened an inquest into the incident at Kapasho Estate. He allegedly found the two in bed and started attacking them using a knife killing the wife instantly," Makori said. 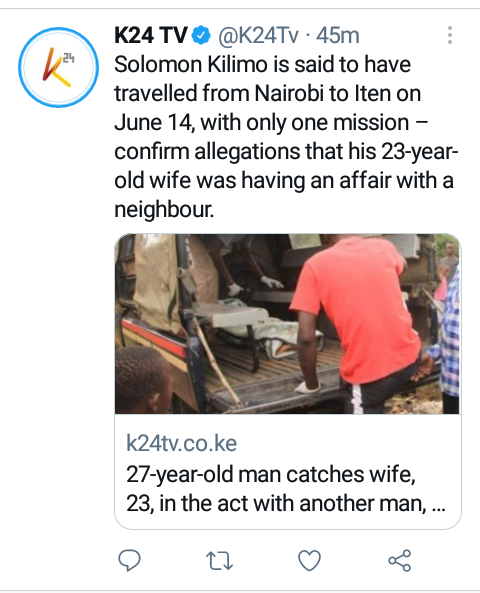 Police officers are probing on Mwangi to record a statement on what had happened.

We should always diversify on opting the most safest way to deal with marriage conflicts.

SIRIKWA LAND TUSSLE:Residents Tussle Over Land Ownership as They Decry Upon Govt for Intervention.

Sudanese Sheep That Was Sentenced 3 years In Jail For Murder Case.

South Sudan: A Sentence A Sheep Was Given By The Court After Committing Murder