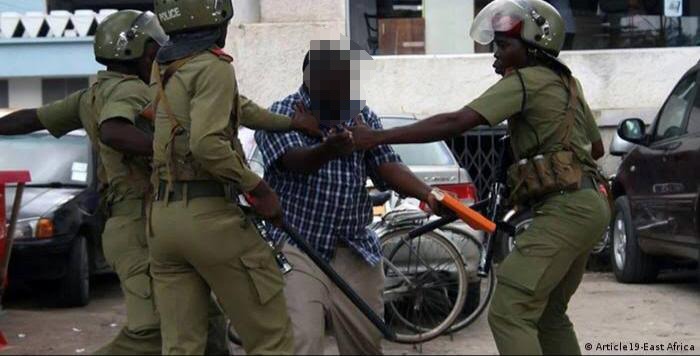 According to the reports given by a reliable source of information, it has been revealed that the deceased who has been identified as 35 year old Ibrahim Saudi allegedly drove into a police road block hitting several police officers after which he tried to take a gun from one of injured officer.

Confirming this incident, Lindo police boss has revealed that the suspect was flagged down by police officers who tried to inquire on why he was over speeding. However, instead of stopping his vehicle, he allegedly drove right into where the officers were standing at hitting several officers who were rushed to the hospital where they are currently receiving medical treatment.

"Our officers flagged him down and ordered him to stop. However, he didn't and instead hit several police officers. Still thinking that maybe he had lost control, our officers restrained themselves. However, the suspect got out of his vehicle and immediately proceeded to attack one of the officers who was lying on the ground after being hit by the man's vehicle. He was shot dead after receiving a couple of warning shots that were fired on air",he said.

At the same time, he revealed that one of the suspect who was in the vehicle was taken to the police station for more investigation and questioning adding that he is still under police custody as they try to find out what the suspect wanted to do with the gun.

In conclusion, Lindo police boss has called upon all Tanzanians to make sure they stay vigilant in order to avoid being Assaulted by people who might pretend to be police officers. 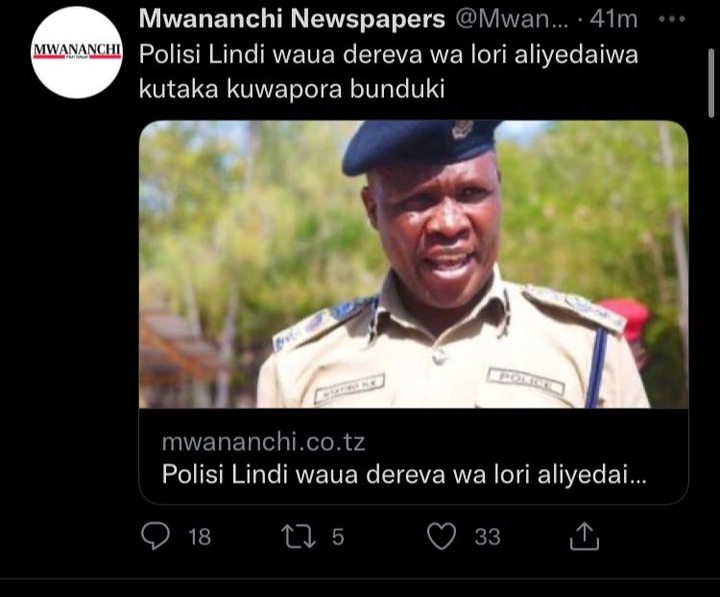