Laikipia governor survives attack, blames scared police for 'only firing in the air.' 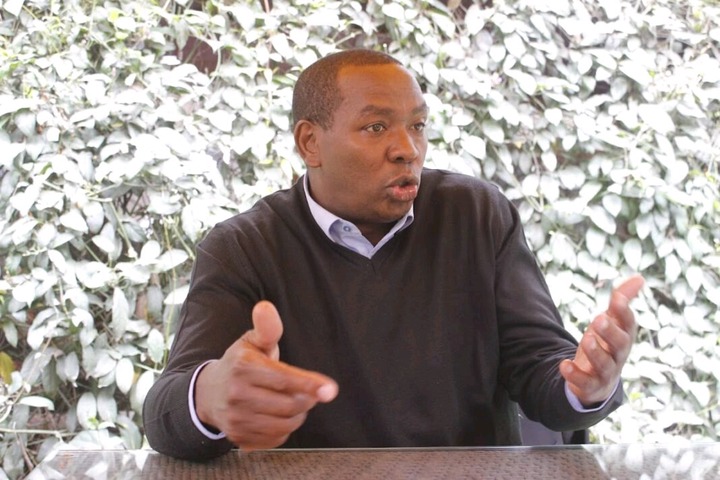 Laikipia governor Ndiritu Muriithi has angrily lashed out at police after he survived a banditry attack while driving in the troubled area to assess the situation.

Governor Muriithi told Spice FM via video chat on Wednesday, September 8th, that he was attacked by bandits while driving to the troublesome area to examine the security situation.

The governor claimed he was driving through the Laikipia West constituency with two of his security personnel when they came across a bunch of robbers equipped with AK-47 rifles.

When the criminals moved closer to Muriithi's vehicle, placing their rifles ready to shoot, Muriithi said he had to get away quickly.

The governor disclosed that he made a phone call to a senior police officer within the region to deploy security personnel to counter the bandits but no response came.

“Before the police responded, the bandits had spotted us and were pointing guns at my vehicle. So we had to drive away in fear of our lives,” said Muriithi.

The governor of Laikipia also chastised police for ‘shooting in the air' when confronted with bandits.

Police, according to Muriithi, are not following the robbers and are instead waiting for them to assault civilians before intervening.

Since the beginning of the attacks, security personnel on the ground have neither detained or killed a single bandit, according to the governor.

“From the laxity that have been witnessed from security officers, it becomes hard to explain how we have not captured or killed a single bandit yet they continue to kill our people. For this reason, I can’t rule out a possible involvement by a senior government official as some politicians suspect,” said the Laikipia governor.

Laikipia North MP Sarah Korere, who was also on the same conference call on Spice FM with governor Muriithi, reiterated the county boss’ claims that some high ranking government officials are working in cahoots with the bandits.

“You don’t need rocket science to know this. Even the guns they are using, the over 100 bullets they fired yesterday, who is providing them with them? Some government agencies must be behind this,” said Korere.

At least 12 people have been killed and hundreds more displaced in the troubled areas of Laikipia since the banditry attack began.

Breaking: Another African President Survives Military Coup In His Country, No Casualties Reported