By GlobalTV (self media writer) | 5 months ago

Officials of the Mwanza Water and Sanitation Authority (Mwauwasa) and the Rural Water Agency (Ruwasa) in the region have been temporarily detained by the Police Force on the orders of the Minister of Water, Jumaa Aweso. 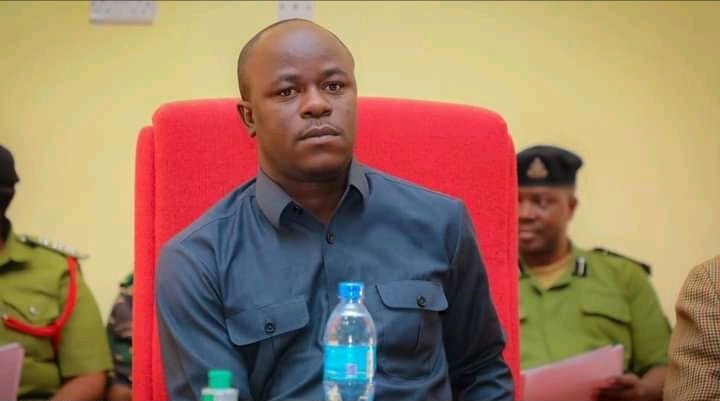 The officials who are the Acting Director of the Mwanza Regional Water and Sanitation Authority (Mwauwasa) Leonard Msenyere, Manager of the Rural Water and Sanitation Authority (Ruwasa) Immaculata Raphael, Ruwasa Sengerema District Manager Kacian Wittike, Project Manager Mwauwasa and Consultant Engineer (name withheld) for the implementation of the Nyampande project located in Sengerema District in Mwanza Region with 98% completion but water is not flowing.

Aweso reached the decision after being told by Sengerema MP Khamis Tabasamu that the project provided water immediately on the day it was launched by the Assistant Minister of Water and did not provide water until today when the minister visited the area.

Then the Minister decided to go and check the project to see for himself and found out that the project does not provide water despite the water tank being filled.

Defending himself against Aweso, Acting CEO of Mwauwasa Leonard Msenyere said despite the project being completed more than 90 percent of the contractors were paid Sh700 million out of the Sh1.8 billion signed for the construction.

Aweso has instructed the Regional Commissioner to detain them until tomorrow when he will meet them at the RC Mwanza office for further decisions. 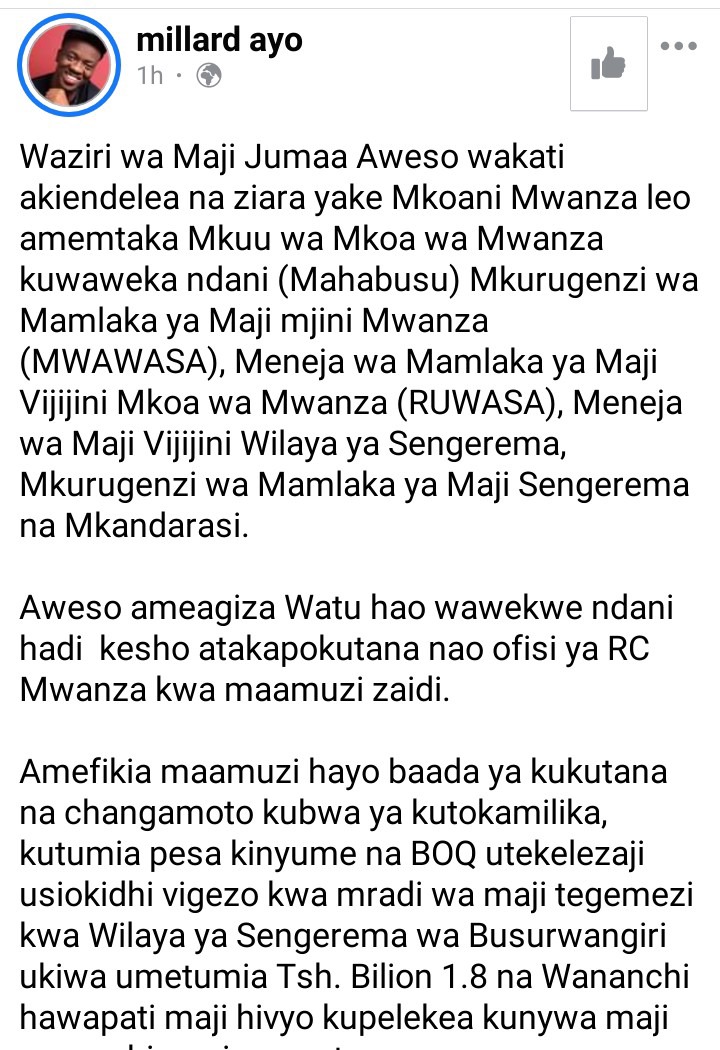 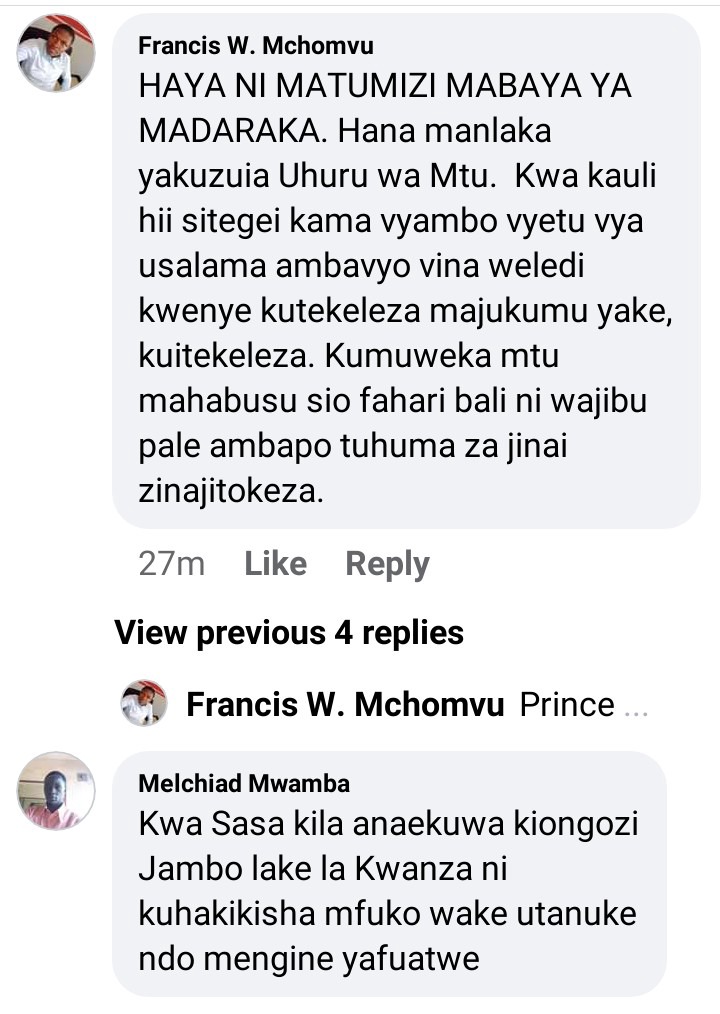 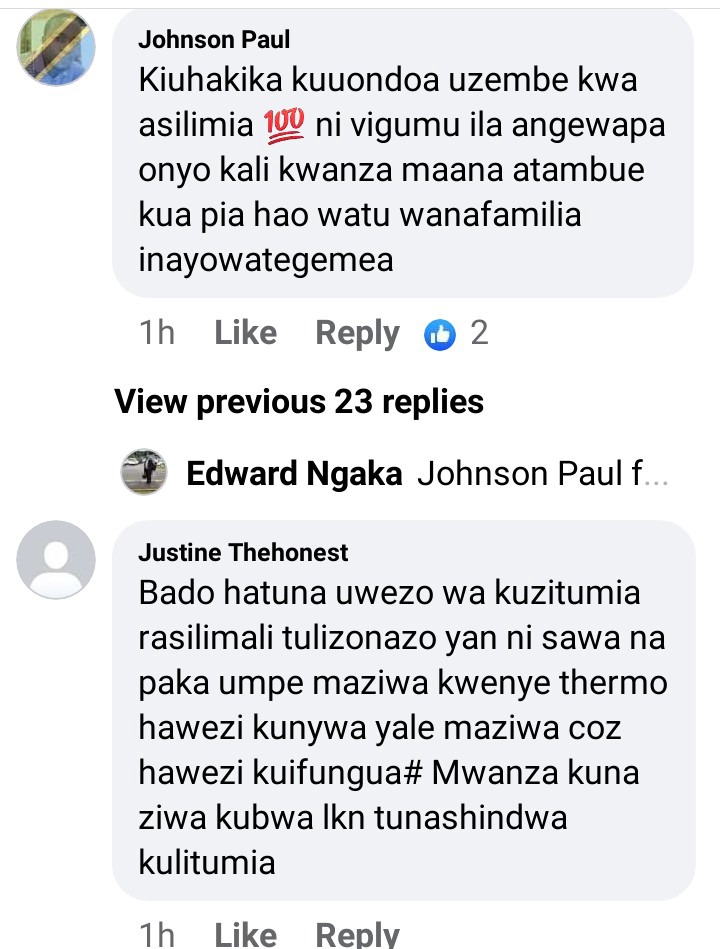 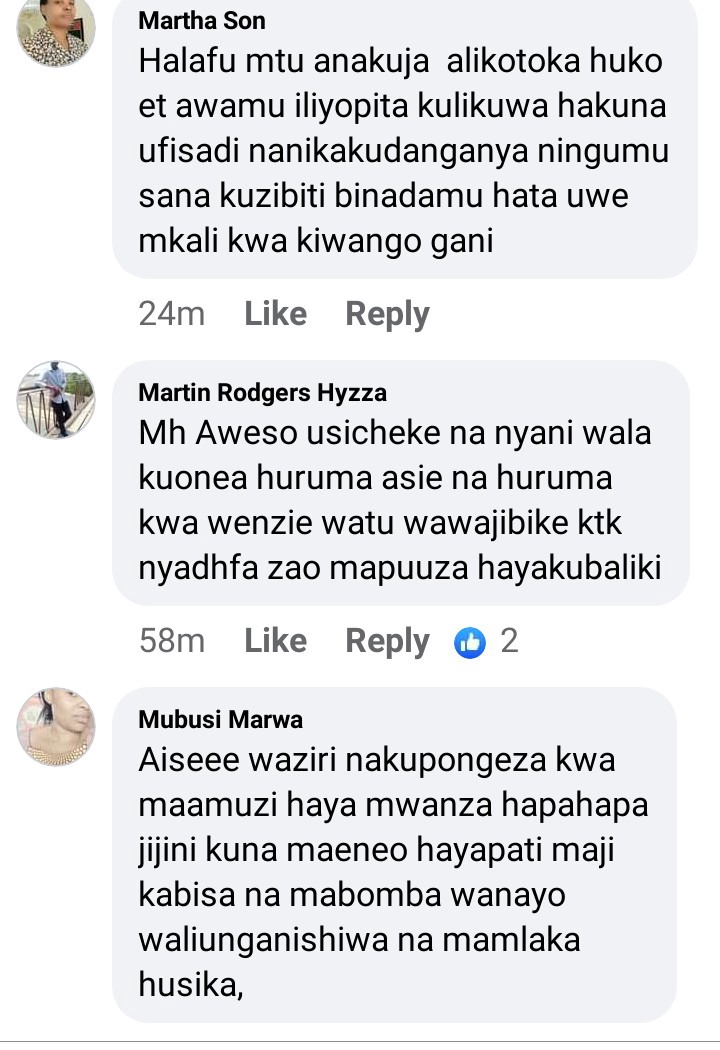