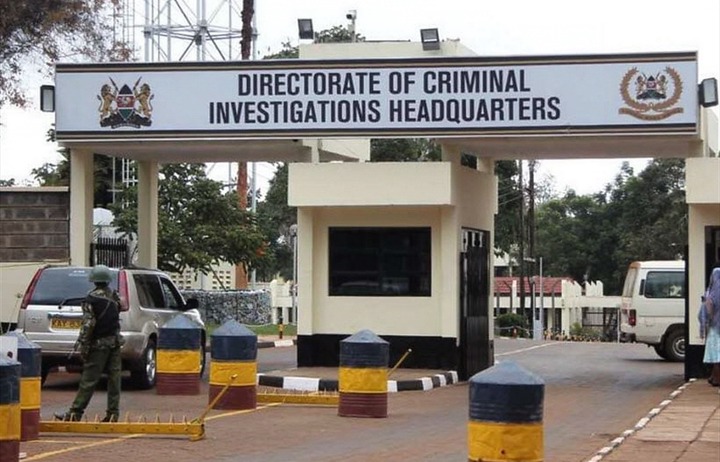 Detectives from the Directorate of Criminal Investigations have finally arrested suspects within Nairobi in the Lungalunga area who are believed to be behind the notorious syndicate that has been selling illegal fuel Nairobi Motorists who later discovered the act and alerted the Investigative body.

According to reports from DCI, a total of 25,000 litres of the heavy engine Diesel and 1,300 litres of Petroleum were recovered after the sleuths ambushed a certain spot where the Wrongdoers were using as the main operating center and storage facility for their business. Around 10 suspects were arrested and placed in Police Custody awaiting arraignment.

Acting on a tip off from the Public, the sleuths decided to launch the attacks after getting numerous reports from the Motorists who normally operate within the Makadara area in the City and other zones. They alleged that the fuel that has been sold to them for sometime has been of sub standard levels and even mixed with low quality Petroleum, something that is dangerous and can destroy the Vehicle and motorcycle engines. 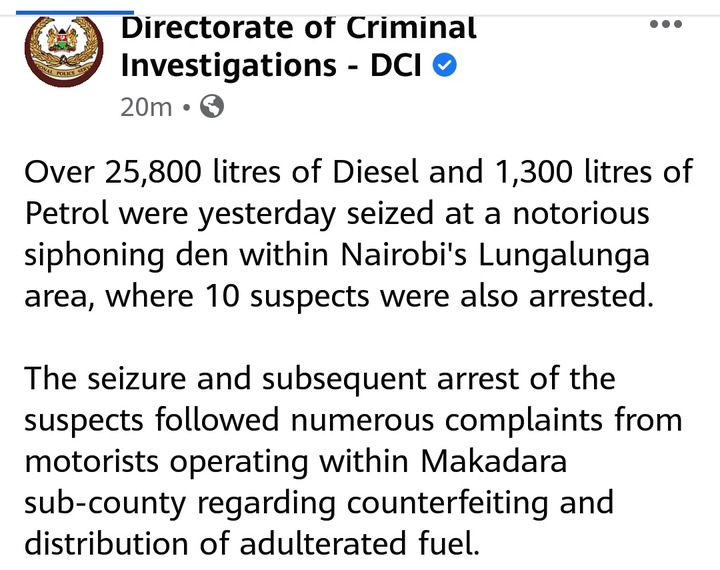 Also during the raid, a total of four Lorries and a Pick up Car which are believed to be used in the transportation of the Fuel, together with Generators used in pumping the fuel in and out of the storage tanks, 108 drums whose quantity was not specified and other 20 Litres Jericans were found and carried to the police Custody to be used as evidence for the investigation process.

The Police managed to take away the Cars together with the 10 Thieves at Lungalunga Police station as they await arraignment at the law Courts to answer charges for their crimes against the public. 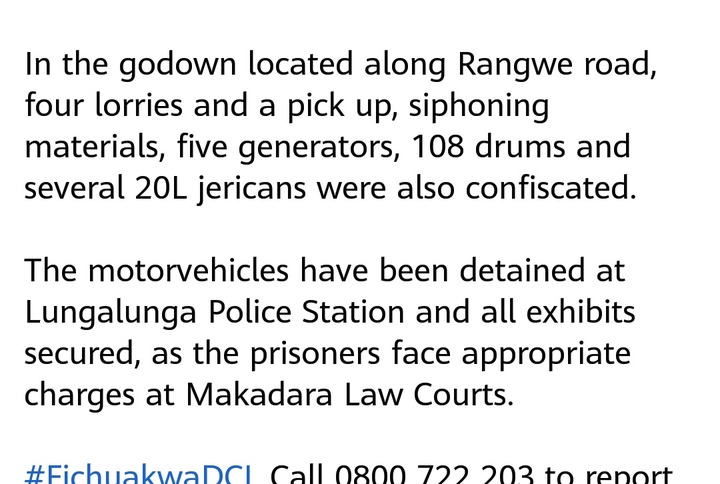 Such individuals have been on record while playing games with police in Nairobi while operating the illegal business that has been the source of income for some High ranking government Officials who allegedly use unemployed youths to execute their works hence putting them in a risk.

Following the recent occurrence where the government raised the price of fuel all over the Country, many Motorists especially Bodaboda operators decided to go for cheap fuel that is sold illegaly in the suburbs areas, hence promoting the business that has highly been discouraged by the government due to its ability to rise inflation and reduced taxes to the government.

The DCI have however encouraged the members of the public to report such crimes when they encounter them, to make it easier for the detectives to maneuver through the dark streets and apprehended the Suspects.

If You Must Use Your Phone At Night, Make Sure These 3 Things Are In Place