The father of a 35-year-old man who allegedly killed his wife and four kids on Monday, November 29, has opened up about on the personality of his son.

Addressing the media on Tuesday, November 30, Muriithi Njuki expressed doubt that his son was capable of carrying out such an atrocity. 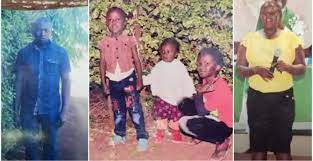 Njuki expressed that growing up, Murage, had consistently been a peaceful kid who avoided a confrontation.

"He is my child, I have consistently referred to him as a good individual. I don't know him as one to create trouble with anybody," he emphasized.

His sentiments were echoed by his cousin and neighbors, who portrayed him as a calm man who cherished his family.

However, the family of his wife, Millicent Muthoni, had a different opinion. As indicated by her brother, Richard Mugo, the two had a strained relationship in the days leading to the tragedy.

Mugo uncovered that Muthoni had intimated to him that she had continually fought with her husband and had even made plans to get back to her parent's home. 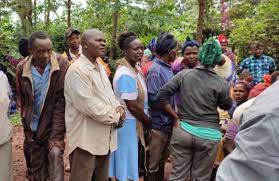 "Informed me that she had fallen out with her husband, and she was to bring some of her clothes home," he told the media station.

As indicated by a neighbor, the fight started on Monday, November 29, in evening, just as Muthoni prepared a meal for dinner. Although the details of what occurred remain unknown, Murage surrendered to the police in Kirinyaga after he allegedly killed his wife and four children, aged between one and 13 years.

He then, at that point, led the police to a thicket where he claimed to have buried the murder weapon; an axe.

Gichugu Police Commander, Anthony Mbogo, confirmed that the suspect was being held at the Kianyaga Police station and was expected to be charged in court. However, he noticed that are yet to recover the axe, used in the murder crime. 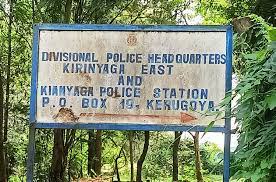