A Good Samaritan Helps The Police To Detain Two Women

By Wesleyhubb (self meida writer) | 26 days

Finally the Mwea police officers managed to arrest two women. These is via the help they received from a good Samaritan.

According to Mwea-East Police commander Daniel Kitavi, they got the reports from a good Samaritan. These is after the latter witnessed the two women robbing a man at a local bar in Ngurubani town. 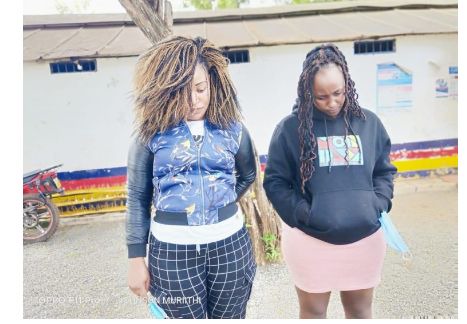 After the police received the reports, they went to the scene to arrest the two women. But at first the watchman at the gate refused to open the gate until they introduce themselves.

Finally the two women were arrested. The police officers found the two women with two different ATM cards plus and unknown amount of money. The man who was being robbed at that time was unconscious because of being drugged.

The man who was being robbed requested the police to hide his identity for security reasons. The two women will be arraigned in court today.

"Thank You, Papa" Zari's Words To Diamond Platnumz, After He Did This To Tiffah And Nillan (Video)

"I Felt Ugly In High School", Mercy Masika Opens Up In Latest Post