Incidents of rape in the country have been on the rise with the government unsure of what to do in order to mitigate this scourge that has bedeviled our nation in the past few months. 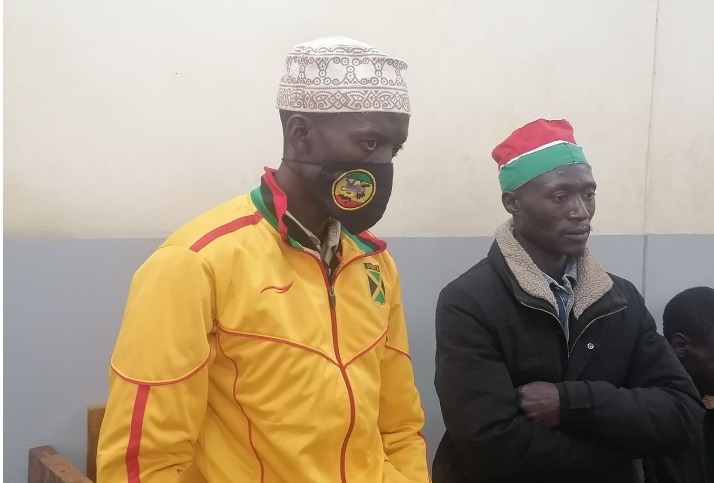 Picture courtesy. Danson Malea, the ADC pastor and his accomplice Sheikh Stephen Barasa before a court.

These incidents, have left the women traumatized for years and needing countless hours of therapy for them to fully recover from the ordeal.

The government, through the Directorate of Criminal Investigations has been at the forefront of ensuring that the suspects are brought to book.

A few days ago, six men were arrested for the rape and murder of three women in Mawanga in Nakuru County that has shocked the nation.

This afternoon, according to reliable reports from Daily Nation Newspaper, two men are accused of accessing a Kakamega Woman's home and raping her in turns for several hours.

The men, identified as Pastor known as Danson Malea from the African Divine Church (ADC) with his accomplice Sheikh Stephen Barsa, together with other culprits not before the court are said to have raped the woman in turns.

The shocking incident happened in Lumakanda township that is found in Lugari sub-county, Kakamega County.

She told the court that the two suspects took turns raping her while her two children who are aged five and two years old, watched in horror for several hours until 3AM in the morning.

She was taken to Moi Teaching and Referral Hospital where she was treated and discharged with the doctor, arresting officer and investigating officer set to give their testimonies on the 25th of July. 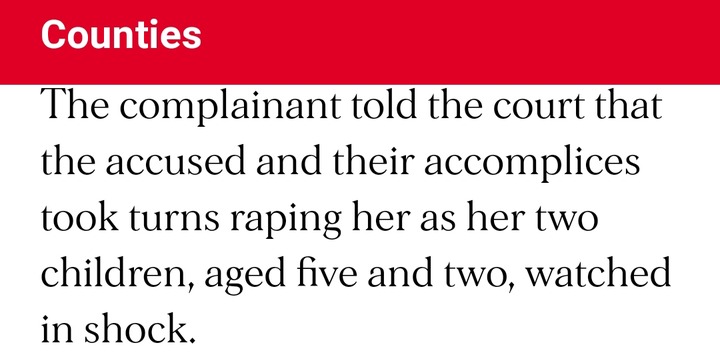 UDA Secretary General And Uasin Gishu Women Rep. Arrive At Bomas In Preparation For The Release of The Final Results

How to identify an emotionally unavailable partner

How To Be Persistent In Prayer When Trials Come Your Way

IEBC Announces It Has Finished Verification of Form 34A And Form 34B, More Details Revealed