By Leggitwriter (self media writer) | 4 months ago

Two thugs were shot dead on Friday night at Langata, Nairobi after they attacked a woman, robbing her money, her phone and other valuables. 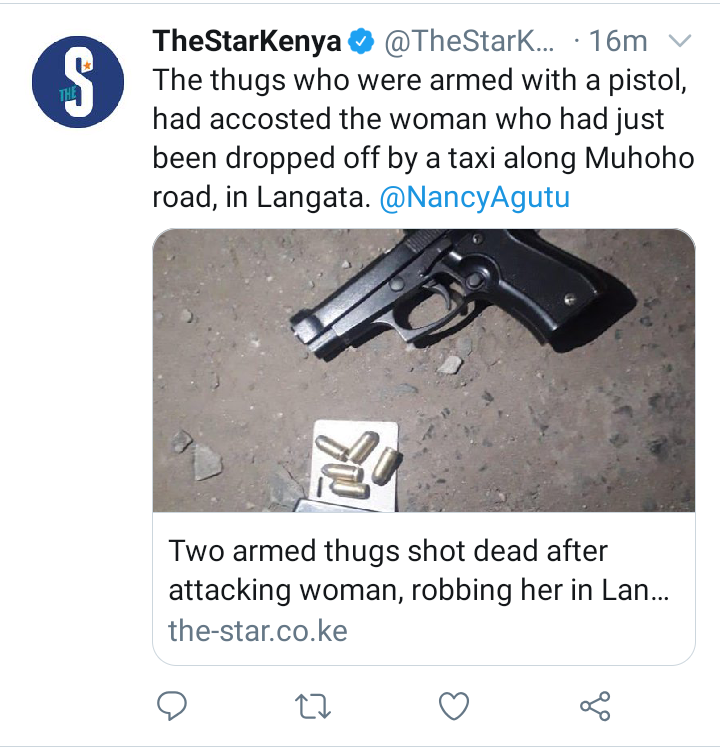 As reported, this woman had jus been dropped off by a taxi at Muhoho road, Langata before these thugs who were armed with a pistol confronted her, demanded that she gives them everything valuable she had.

A report from DCI Kinoti says that this action prompted the woman to scream thus alerting police who were on a patrol. They then rushed towards the site. 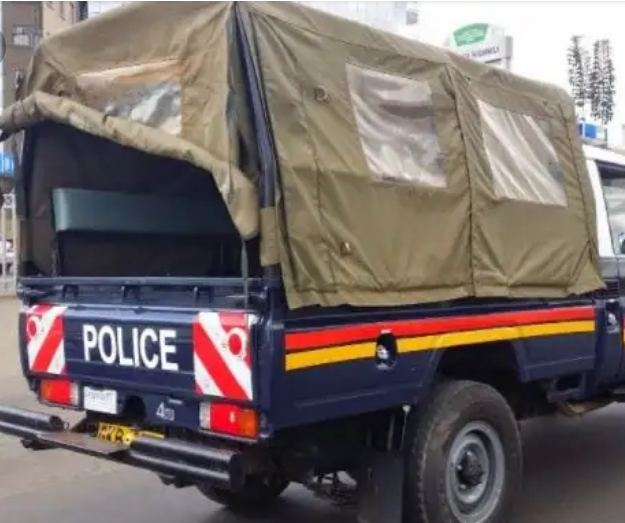 Three kilometers after the scene, the thugs were finally cornered. The gin battle became fierce and the police managed to gun down the two of them. A Blow P99A loaded pistol with 5.56 calibre ammunition was recovered. Their bodies were taken to the city mortuary waiting for identification.