The Following Places To Experience Rain According To Meteorological Department Kenya

Heavy rains have been reported around the country in the new month of May, signaling a shift in weather patterns. In compliance with the World Meteorological Organization, the Kenya Meteorological Department has been working hard to provide accessible meteorological and climatological information to the general population (WMO). 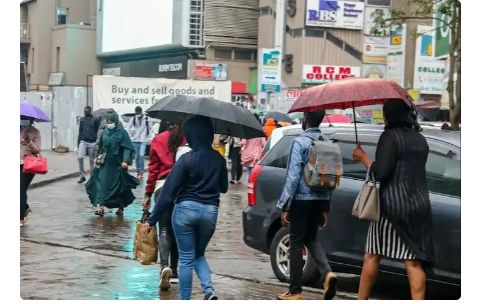 The Kenya Meteorological Department, in collaboration with the Ministry of Environment and Forestry, has released a seven-day weather predicting update that is valid from May 3 to 9. Rainfall is likely to persist in the Highlands West of the Rift Valley, the South Eastern Lowlands, the Highlands East of the Rift Valley, and the Lake Victoria Basin, according to the prediction.

Updates on the weather forecast in great detail 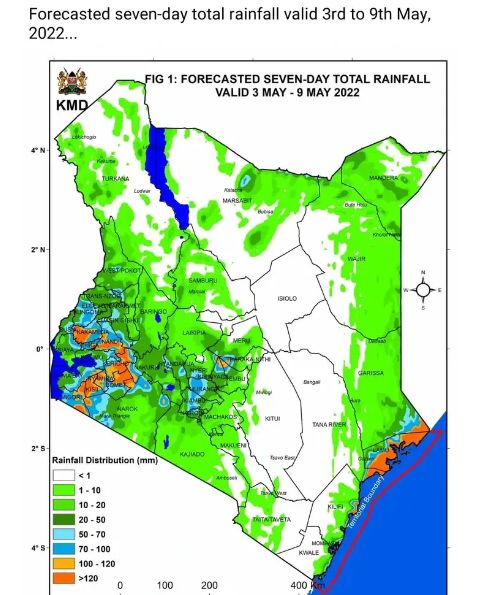 Several locations will likely get morning rains followed by afternoon showers and thunderstorms during the forecast timeframe. The nights are likely to be gloomy, with a probability of showers in a few locations and occasionally spreading across many locations. Maximum temperatures are expected to range from 21°C to 30°C in these places, with minimum temperatures ranging from 11°C to 19°C.

2. Morning rains are forecast in the Highlands East of the Rift Valley, including Nairobi County (Nyandarua, Nyeri, Kirinyaga, Muranga, Embu, Kiambu, Meru, Tharaka, and Nairobi). During the forecast period, afternoon and night showers are also possible in a few locations. Residents in these locations should be prepared for chilly and overcast weather during the anticipated time, and they should remember to bring their umbrellas.

Throughout the predicted period, sporadic morning rains are expected in a few locations. Showers are also forecast in the afternoon and at night, largely in the first half and in a few spots after that.

Changes in weather patterns projected as a result of the rainy weather are likely to hamper transportation and economic activities.

Best Businesses To Start With 10 In Kenya

How doctors diagnose and treat diseases

Three drinks to keep the hormones normal, Women are recommended to drink every day

I Am The Future and Present, Rigathi Claims As He Refutes Claims of Atrocities

Saturday's Expert Football Predictions With GG, Over And Draw No Bet Selections To Win You Big