Former IEBC Official Roselyn Akombe is currently mourning the untimely death of a workmate and mentor who is reported to have died days after she called upon kenyans to help find the man who had gone missing under unclear circumstances. 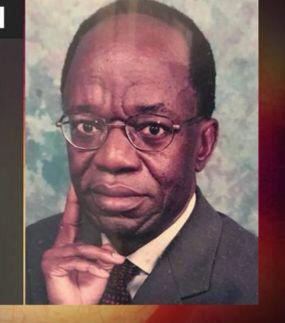 In a news report that has been shared by a reliable source of information, it has been revealed that the deceased who has been identified as Mr Otobo allegedly went missing on June 15 forcing his family members to file a missing person's report at the police station.

Taking to her twitter account to express her worries, Akombe called upon kenyans along with social media users to help her find him. 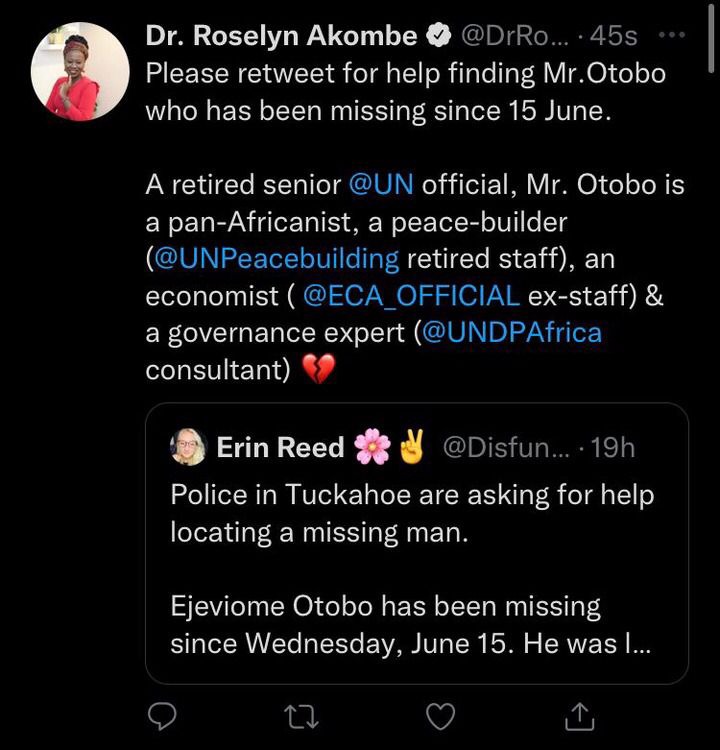 While reacting to this incident, kenyans who took to their different social media accounts to express their opinions and suggestions on the matter have sent their heart felt condolences to the family and friends of the deceased urging his entire family to make sure they stay strong in this trying times.

According to the reports given by most Kenyans, they claimed that it was so unfortunate that he had to die at such a time when he was needed by all the people he allegedly mentored and was mentoring in his time while working with for his institution. 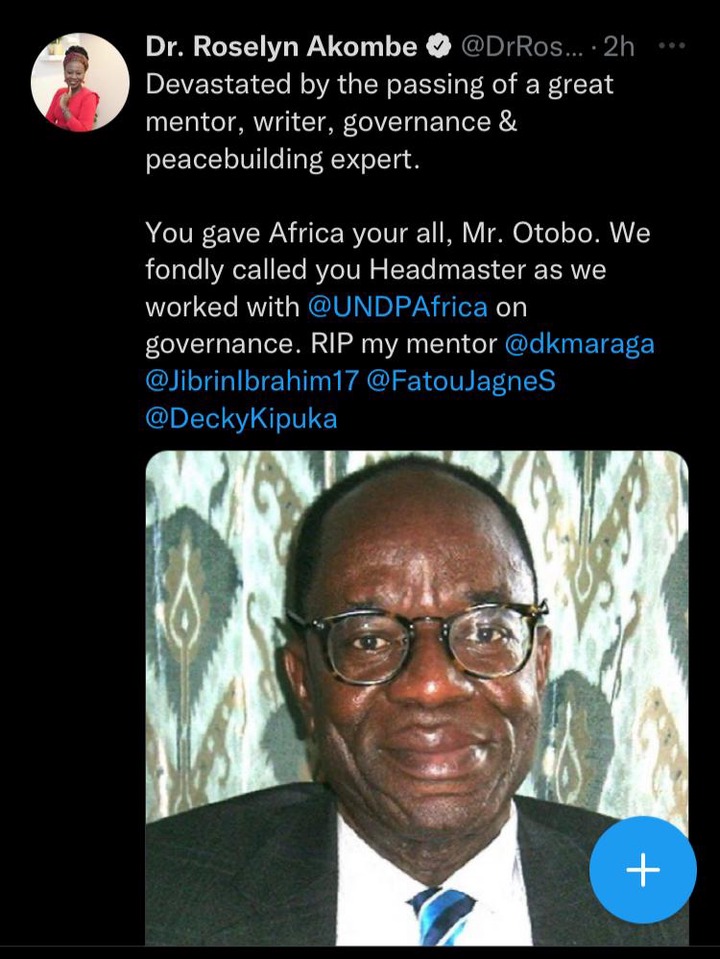