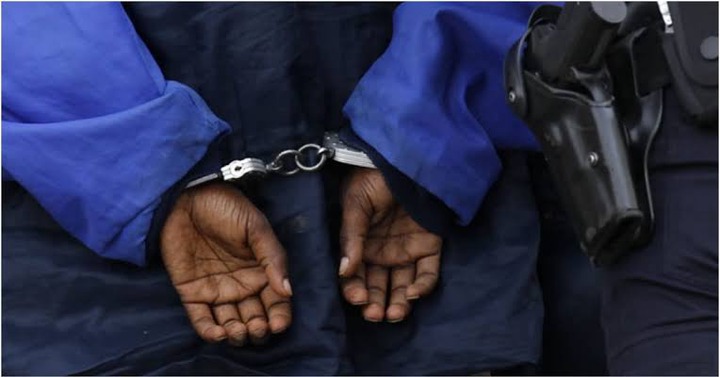 A lady is being held in Ngong police station for allegedly orchestrating a theft of her women group monthly contribution adding up to Sh247, 000.

The women group situated in Embulbul, Kajiado County was ambushed by three suspected criminals, while they were holding their meeting.

From an eyewitness's account, the hoodlums were armed with a gun, a knife, and a screwdriver.

An old woman who is the acting secretary of the group was stabbed in the arm and was hurried to Ngong Sub-County Hospital where she is currently receiving treatment.

The suspects stole a few phones and money before two of the robbers managed to get away while one of them was captured after the women raised alarm.

The man was taken to Ngong police headquarters where he claimed that one of the individuals from the women group had arranged the robbery.

Nonetheless, the group's cash was not stolen since the Treasurer of the group had not shown up at the time of the robbery.

Kajiado North OCPD, Joseph Mwika confirmed that the suspects are being held in custody as the police complete investigations concerning the matter.

Shakilla Pens An Emotional letter on Her 20th Birthday

Beautiful Outfits For Mother And Daughter

Raila Is Saddened By Lovers Who Are Killing Their Partners

VIDEO: "Tumetoka Mbali" Drunkard Police Officer Sings And Dances As He Chase Kids Down The Street

Your Partner Could Be Cheating if They Are Doing This