Painful As Woman Who Was Last Seen With Her Boyfriend Found Dead & Dumped In A Man Hole. 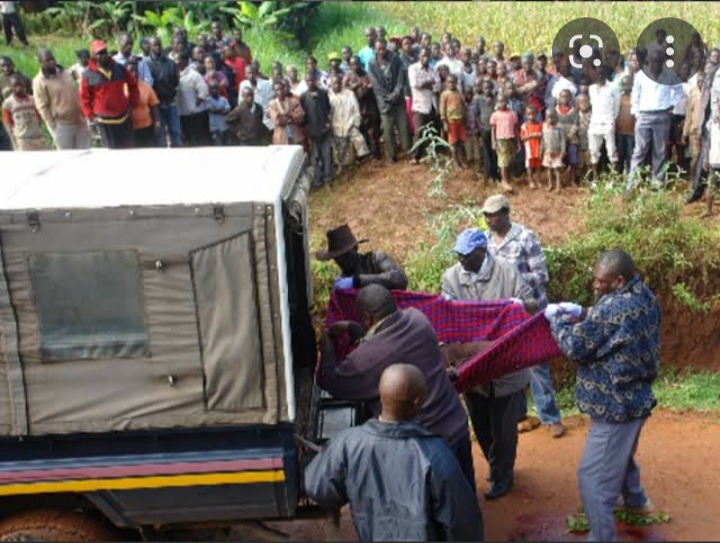 Following the cases of people disappearing for a couple of days then being found dead and horribly murdered, have caused Kenyans to ask many questions on whether the authorities are vigilant enough to deal with persons responsible.

In the recent case is that of a Kakamega woman who was found dead and dumped in a septic tank, in Lutonyi area.

According to People's Daily, the woman identified as Carolyn Shyne was reportedly missing from Sunday. The neighbours who are concerned members of the public, realized that there was a stinking smell near the septic tank in the estate and called the police.

It is when the police officers came and retrieved the body, that the locals identified that it was Carolyn's body. One of the witnesses who is also the landlord of the estate claimed that last time he saw the deceased was on Sunday, and she was with her boyfriend.

Authorities have transported the body of the victim to the Kakamega county general hospital mortuary for postmortem.

Residents of the Lutonyi area have called upon the police to investigate and control such incidents as this latest one is the fifth case of murder in the area, in a span of four months. 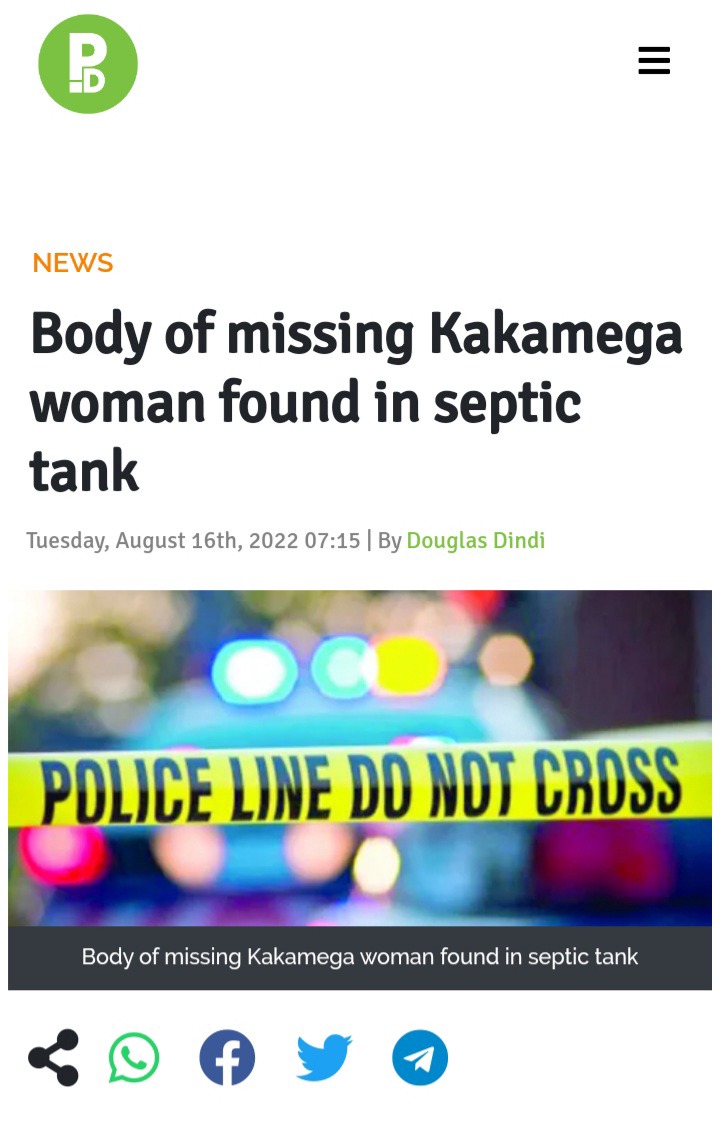 Lady Receives Brutal Beatings From her Merciless Male Landlord, Police in Pursuit for the Suspect