Drama was today witnessed along Valley Road after a man decided to confront a woman who was praying in the middle of valley road. According to the reports given by a reliable source of information, it has been revealed that the woman who could be seen kneeling in the Middle of the road often does this on a daily basis putting the lives of Road users at risk.

While reacting to this incident, kenyans who took to social media accounts to express their opinions and suggestions on the matter have called upon the inspector General of police, Hillary Mutyambai to arrest her claiming that she is putting the lives of other Road users in danger.

According to the reports given by most Kenyans, they claimed that it was so unfortunate that the government is yet to do something about the increasing number of accidents in Kenya despite the fact that Alot of people are currently Loosing their lives on a daily basis.

Similarly, kenyans have called upon the inspector General of police to order the police to take the woman to a mental facility in order to find out whether or not he she is in a stable mental state. According to the reports given by kenyans, they claimed that maybe she is suffering from mental illness.

Surprisingly, this is happening at the same time when the National Transport and Safety Authority has called upon kenyans to make sure they take precautions especially during holiday seasons when most people tend to die in accident related deaths all over the country.

According to the reports given by the NTSA, they claimed that one of major causes of accidents in the country is due to the fact that most rogue road users often choose to ignore road rules and regulations thus causing this accidents. 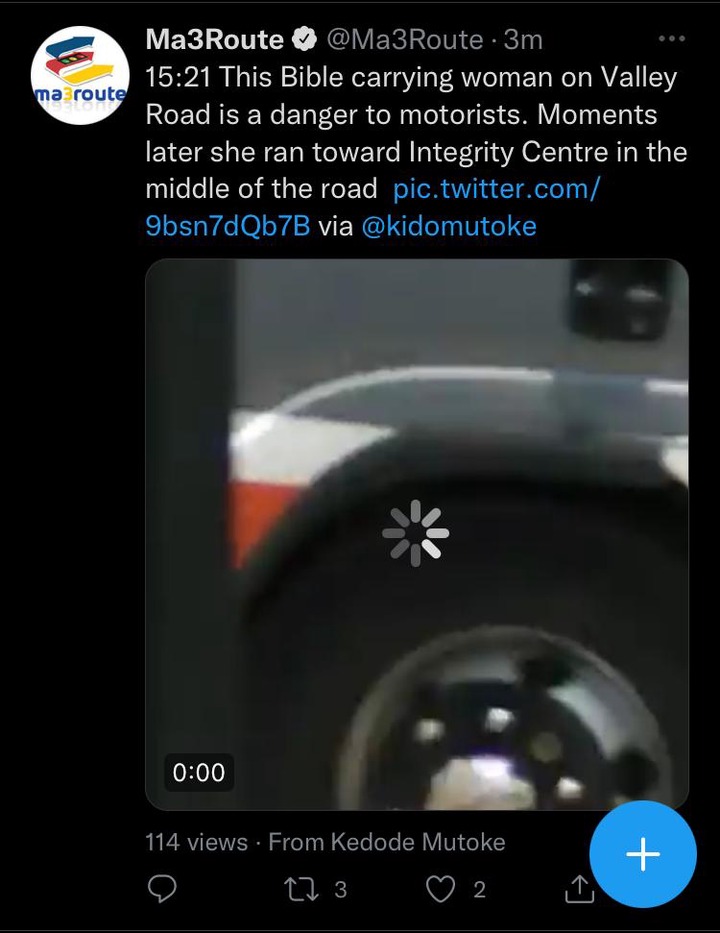 Raila Discloses The Reasons For High Cost Of Living, Says It Is Beyond The Scope Of Government

Frank Obegi's Mother Rushed to Hospital After Collapsing At Burial

Concern As Frank Obegi's Mother Is Rushed to the Hospital During Son's Burial, Reason Revealed

"Am Not In Gov't" Raila Explains His Involvement In The Government

Baba and Martha interview: What question would you like Raila and Karua to answer?