From the word go, Lynnet Achieng's father hated the fact that his firstborn child was a girl.

He preferred a boy because to him, having a girl as a first child was unacceptable.

Lynnet went through so much emotional pain in the hands of her father. He would publicly deny her, beat her and only got proud of her when she received gifts at school.

Even after her mother gave birth to a boy when Achieng was 11 years old, her father continued with the abuse and would frequently get violent and throw them out.

When Achieng was in form three, her father dumped her mother and brother in the village without anything so that he could live with a new catch. 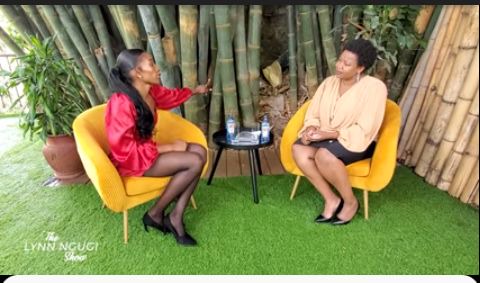 This tore Achieng apart and she prayed to God not to let her brother and mother suffer. Her mother survived by selling vegetables in a kiosk.

After form four, Lynnet got a job as an Mpesa agent and Karaoke host.

She worked and provided for her family until she got admission at University of Nairobi to do a Bachelor of arts.

For almost one year, her father paid school fees. He suddenly stopped without any reason and Achieng ended up dropping out since HELB could not give her a loan given that her father had a well paying job.

By the grace of God, Achieng got a salesperson job at Moko and due to her incredible customer service, she rose up the ranks and got a 30k salary.

She later became a fashion model and even worked in South Africa.

With that, she was able to comfortably pay her brother's school fees. Her father was nowhere to be seen but would constantly insult her through text messages.

Lynnet always respected him and even after his burial, she gave him a decent burial after all his family members and friends failed to raise even a shilling for the burial.